Santos reports oil and natural gas production of 11 mmboe for first quarter 2011, down 11% than the corresponding period. This is due to adverse weather in Central and Western Australia. Due to this, Santos revised production guidance for the year 2011 from 48-52 mmboe to 47-50 mmboe.

Operational update during the Quarter: 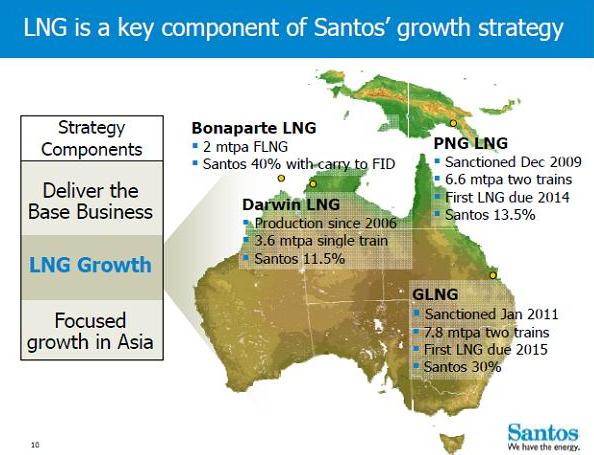