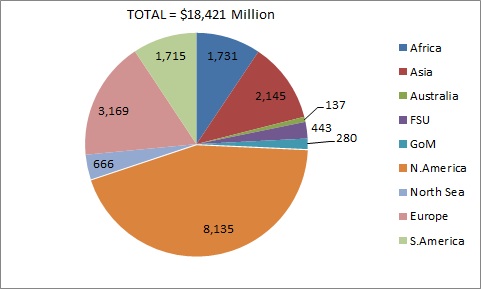 Note: The results are extracted from Derrick Petroleum Services.
Posted by 1Derrick at 5:06 PM No comments: Links to this post