Traditionally, west and north Africa have been the continent’s hotspots of oil & gas E&P, but recent success in east Africa may change that.  North Africa has seen 20,000 wells sunk over the past few decades, while drillers have sunk 14,000 wells in and off West Africa. In East Africa, the total is about 500 wells.
Significant discoveries in the region, combined with a range of new opportunities through licensing rounds, are attracting new players to relatively underexplored countries on the eastern part of the African continent. 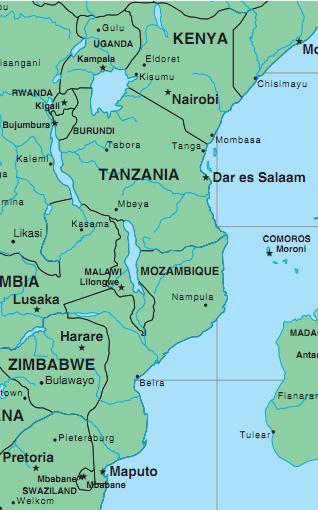 Please try our new free document search tool: www.derrickpetroleum.com
The East African Region has a total of 28 prospective sedimentary basins with resource potential of about 2 billion barrels of oil in place and 3 tcf of natural gas.
Datamonitor forecasts total oil production in the region (excluding Sudan and South Africa) to reach approximately 210,000 barrels per day (bpd) in 2015, and nearly 389,000 bpd by 2020.
…. oil & gas hunters!

Every new frontier area for oil and gas exploration & production faces its difficulties and East Africa is no exception to that. The political hurdles in the region if addressed properly, this region will prove to be a boon not only to exploration and production companies, but also to other market participants in the oil and gas value chain, such as drilling companies, service providers, and equipment manufacturers. 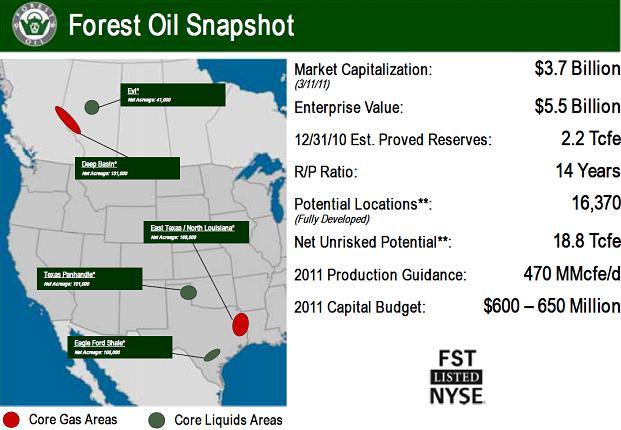 Forest oil plan to Spend US$600-US$650 million in 2011, of which 50% is allocated to Texas Panhandle. The company also reported to invest 80% of its total capital expenditures to liquids-rich prospects. 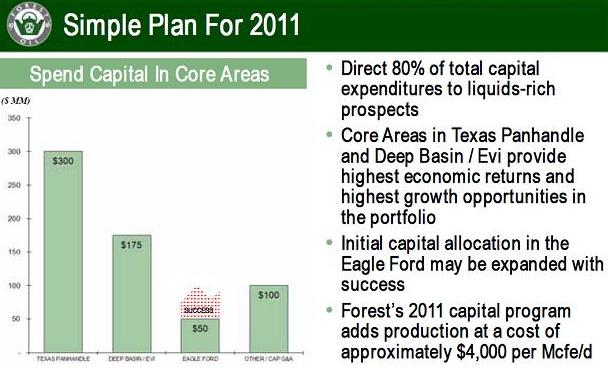 The company continue to allocate about 50% of our capital budget to the Granite Wash play, including testing new zones; expect organic growth focusing on high-return, liquids-rich locations during 2011 and beyond from the Texas Panhandle - Granite Wash play. 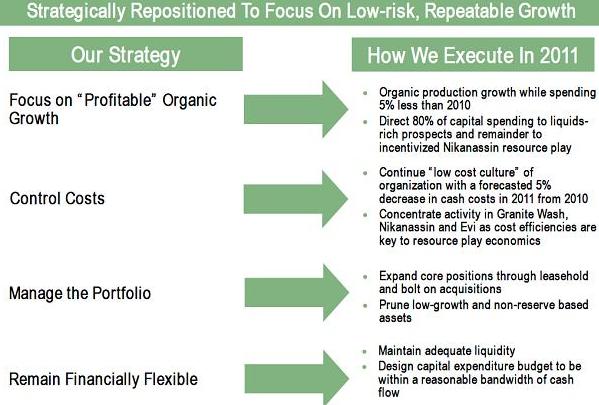 For more information on Forest Oil, visit:http://docsearch.derrickpetroleum.com/research/cmp/225/Forest%20Oil.html
Posted by Kesav Gupta at 6:12 PM No comments:

http://docsearch.derrickpetroleum.com/pageNav/view1/docId/11043-0000/COS-2011-The-First-East-Coast-Energy-Conference.html
Posted by Kesav Gupta at 6:11 PM No comments:

http://docsearch.derrickpetroleum.com/pageNav/view1/docId/11211-0000/Galleon-Energy-2011-March-Corporate-Presentation.html
Posted by Kesav Gupta at 6:10 PM No comments:

Bakken is booming with 5x growth increasing resources to 20 billion barrels!!! Production to account for 15% of US output by 2015. 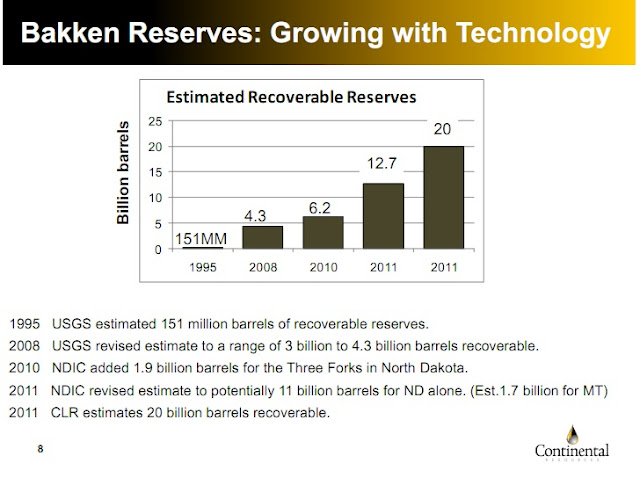 Increased rig count!
According to the North Dakota Industrial Commission, approximately 173 rigs are currently drilling in the North Dakota Bakken and Three Forks play, against the Eagle Ford rig count of 154. Bakken/Three Forks is forecasted to account for 15% of US output by 2015, analysts from Raymond James estimated. 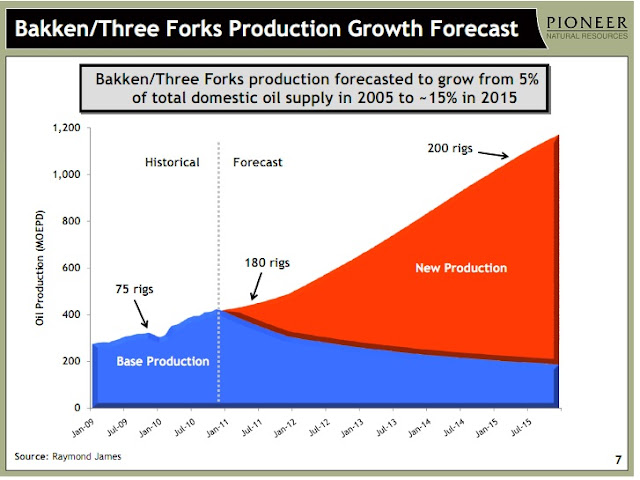 Source: Pioneer Natural Resources- Mar 2011 PPT
Continental to spend 73% of 2011 capex on Bakken shale!
Continental Resources is the largest leaseholder in the Bakken shale formation, with more than 864,000 acres in North Dakota and Montana. The company, which has been drilling in North Dakota for 22 years, was among the first to tap a Bakken well in 2004 using horizontal drilling technology. The company was the first to drill a horizontal well in Three Forks formation in 2008. Continental Resources plans to invest $955 million (73% of 2011 capex) in drilling operations in the Bakken and Three Forks this year, adding about 120 wells to the 257 currently producing, the company said. 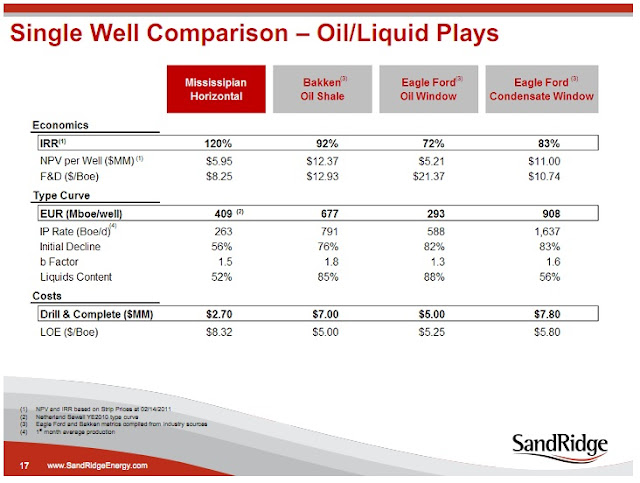 Please try our new free document search tool: www.derrick petroleum.com
A new milestone for Bakken Metrics!!
The affinity towards Bakken does not stop only with the largest Bakken leaseholder, but also continues with the large independents like Oxy, Hess, Williams, Pioneer Natural Resources, Sandridge, etc., The last quarter of 2010 had set a new milestone for Bakken acreage metrics, during when Oxy ($7,700/acre), Hess ($6,200/acre) and Williams ($10,700/acre) added Bakken acreage to their asset portfolio. Earlier to this, the Bakken metrics were in the range of $2,000-$4,000/acre.
Updated estimates on the recoverable reserves, increased rig count and a new milestone for the metrics. Bakken Shale is booming!! 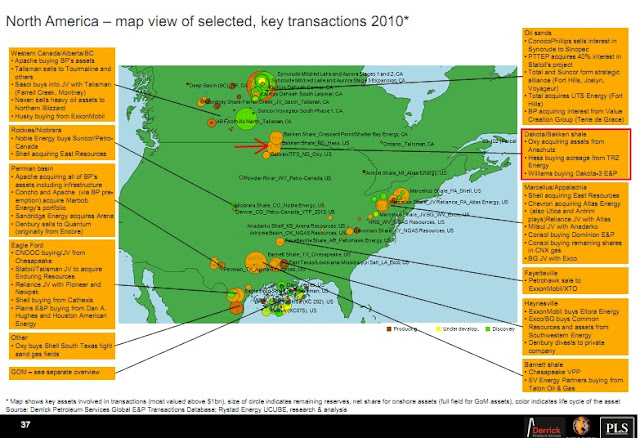 http://docsearch.derrickpetroleum.com/pageNav/view1/docId/11467-0000/Range-Resources-2011-Simmons-Conference-Presentation.html
Posted by Kesav Gupta at 6:08 PM No comments:

http://docsearch.derrickpetroleum.com/pageNav/view1/docId/11464-0000/SandRidge-Barclays-Capital-2011-High-Yield-Conference.html
Posted by Kesav Gupta at 6:07 PM No comments:

Devon roping in partner for HRB resources... Is Asian NOCs the undeniable choice??? 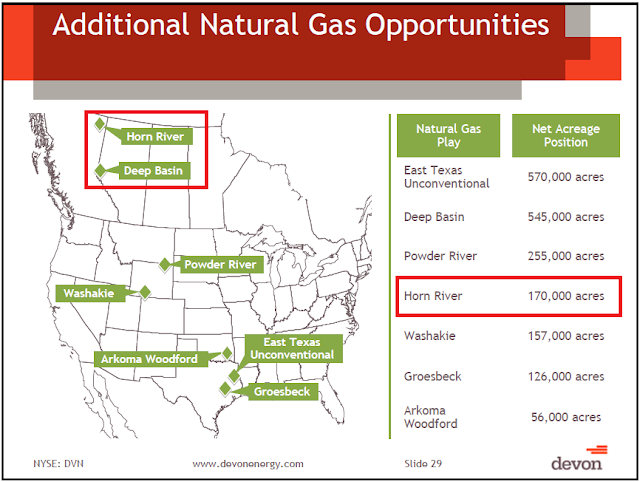 Devon Energy is considering establishing a joint venture (JV) to develop its Horn River shale gas assets in the Canadian province of British Columbia. The company had been approached by potential JV partners for BC's Kitimat liquefied natural gas export project. Interest in North American shale assets from foreign oil companies has heated up in recent months, with some paying top dollar for access to shale fields that hold vast amounts of natural gas. It is highly likely that an Asian NOC had been in discussions with Devon over a tie-up at Horn River. Such a development would boost the prospects for Kitimat LNG.
Following the recent Asians invasion into the Canadian Shales, it is not surprising that investors are attracted to a partnership with Devon at Horn River Basin. The BC shale play is the source of the gas that Apache intends to liquefy at the Kitimat project, which Devon is also eyeing as the route to market for its own Horn River gas.
Please try our new free document search tool: www.derrick petroleum.com
Devon going Encana way
Devon's stated openness to a JV comes less than two months after Canadian gas producer  Encana struck a landmark CAD5.4bn (US$5.5bn) deal with state-run PetroChina to develop its Cutback Ridge shale gas project in the Montney formation. Encana subsequently acquired a stake in Kitimat, strongly suggesting that Apache and Encana were keen to involve PetroChina in the development of Canada's first LNG export project.
Looks like Devon is attempting to emulate Encana's success in securing development cash for its unconventional gas play. Specifically, we think it is likely that Devon has been talking with Asian national oil companies. Not only is the lucrative Asia-Pacific market the likely destination for LNG cargoes to be exported from Kitimat, but Chinese and South Korean NOCs in particular are keen to develop their unconventional gas skills
Devon’s assets in HRB 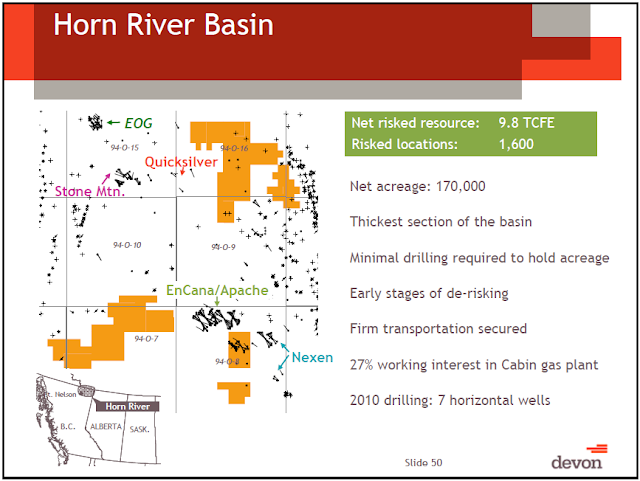 With the increased natural gas demand and better LNG market conditions prevailing in Asia, Devon might end up signing a joint venture with Chinese, Koreans or other Asians. 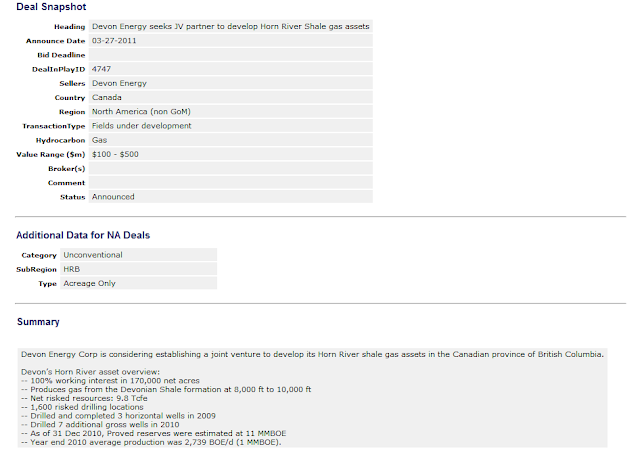