Nations Petroleum’s California package put up for sale in Oct 2010 is reportedly under a $500 million contract to Occidental Petroleum. The transaction values production at US$125,000 per producing barrel per day. Nations Petroleum has retained Macquarie Tristone as the advisor for the transaction. 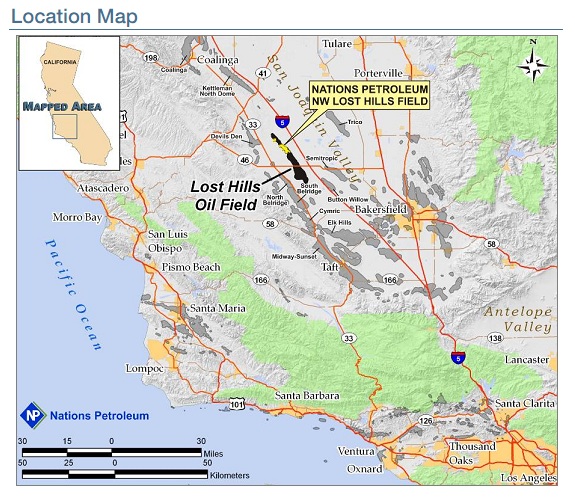 Nations Petroleum (California) LLC holds operating assets in Kern County, California. The core asset is the Northwest Lost Hills field in the San Joaquin Basin. Production from the field has increased from 700 BOPD to 4,000 BOPD since early 2009, and is expected to peak at over 35,000 BOPD in six to seven years. Recent Monterey Shale activity in the San Joaquin Basin has highlighted unconventional resource potential that could add additional value. 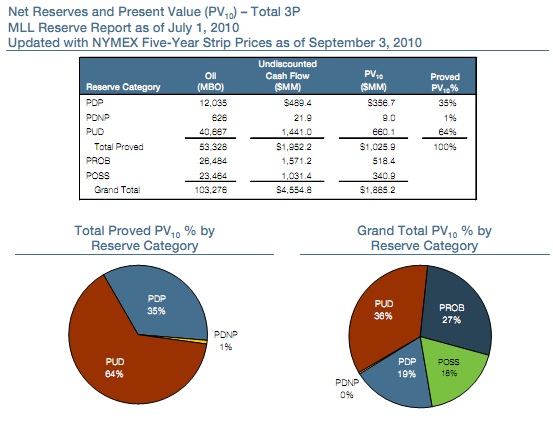 What are Oxy’s plans for 2011?  Run or Rest????
Oxy was busy making acquisitions in 2010 for ~$4.5 billion in South Texas, Permian and Bakken areas and discontinued Argentina operations for ~$2.5 billion. In particular, Oxy’s trend in 2010 was about taking over private companies like Anschutz Exploration and Yates Drilling Co. The trend continues with this Nations Petroleum deal. What next??? 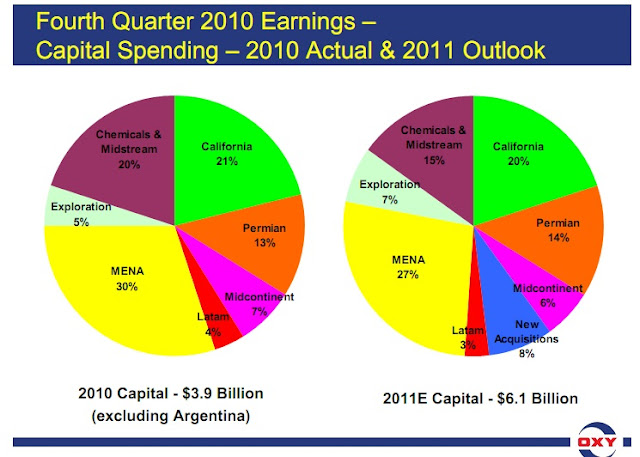 Oxy says, “We expect capital spending for the total year 2011 to be about $6.1 billion compared to the total 2010 capital of $3.9 billion”. Of the total capital 8% or ~$500 million will be allocated towards new acquisitions. So, Oxy will take rest with this Nations Petroleum deal or it wants to run in search of assets???
Posted by Anitha Bharathi at 5:03 PM