Galp Energia is considering the sale of a 30% stake in its Brazilian assets to finance the company's investment plans. The sale of these assets could generate as much as 3 billion euros ($4.2 billion) for the company. 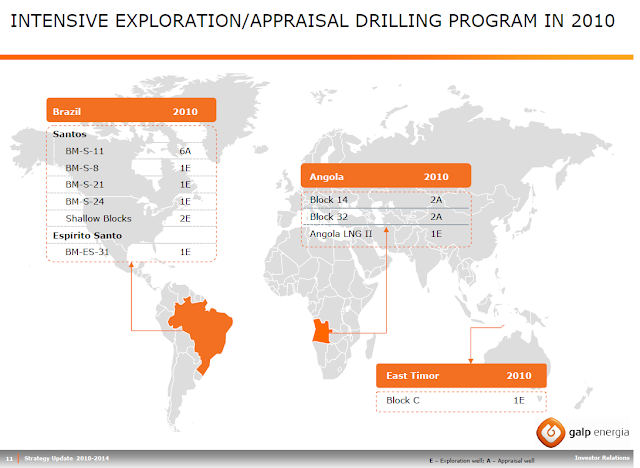 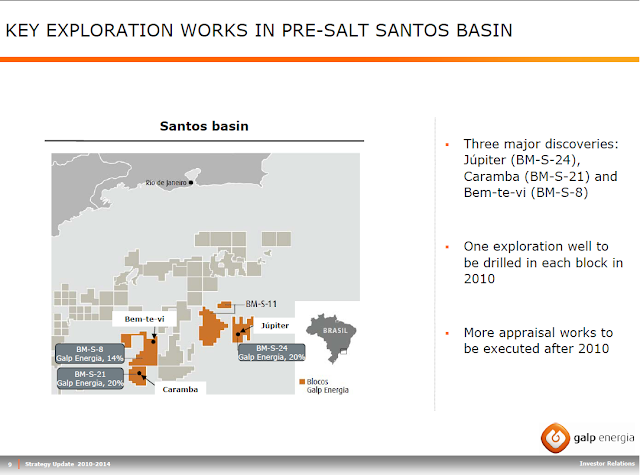 intense interest from foreign oil companies
Galp, a smaller company focused mainly on refining for its domestic market, faces difficulties in raising the cash needed to finance its share of development and exploration costs for the Brazilian assets. The possible stake sale would generate intense interest from foreign oil companies looking to make inroads into Brazil, where a recent overhaul of the country's oil laws now places the pre-salt region under a production-sharing regime.

For more on Brazilian Presalt  http://docsearch.derrickpetroleum.com/research/q/presalt%20basin.html
Posted by Rupesh Govindan at 7:10 PM No comments: Links to this post

Jordan to reduce its reliance on neighbours for oil & gas imports. Jordan, being explored by majors like BP, Shell, Total and Petrobras, signs $1.8 billion oil shale deal with Karak International.

An oil shale surface retort concession agreement in Al-Lajjun area (35 sq km) in the southern governorate of Karak was signed between the Jordanian Government and Karak International Oil which is wholly owned by the British Company Jordan Energy and Mining Ltd. Over a period of 5-7 years the production is planned to reach 15,000 bpd after which it may be increased to 60,000 bpd in phased expansions. 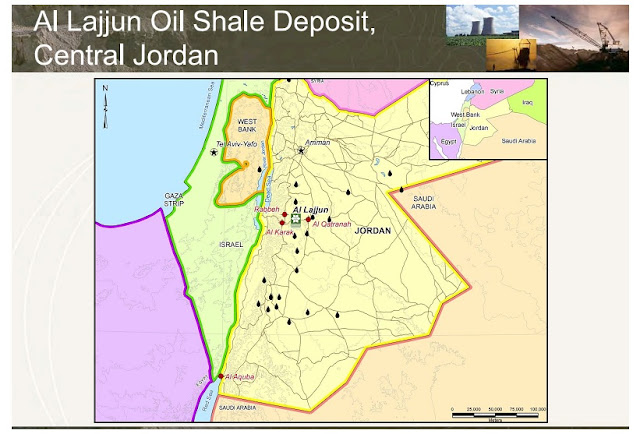 The Al Lajjun Oil Shale Deposit was discovered in the late 1960’s by a joint Jordanian-German geological study. In the decades following discovery intermittent exploration activity at Al Lajjun has resulted in 198 drill holes totaling in excess of 11 km of drilling. Recent estimates for the entire Al Lajjun deposit have identified approximately 1 billion tonnes of oil shale resources.
The deal defines a major non-conventional oil venture to be completed in the Al- Lajjun area with a capital investment of $1.8 billion and will put Jordan on track for self sufficiency in liquid hydrocarbons. On completion of the project and with oil prices remaining high the government will receive more than 65% of net operating profits and if oil prices reach the very high levels of 2008 (>$120/bbl) the Government will receive some $10 billion of revenues over the projected 30 year project life. 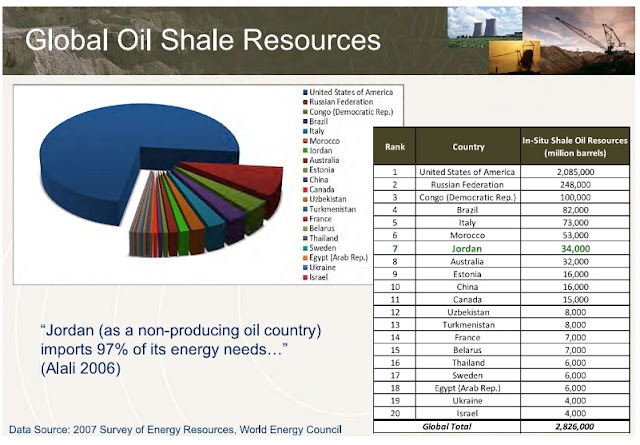 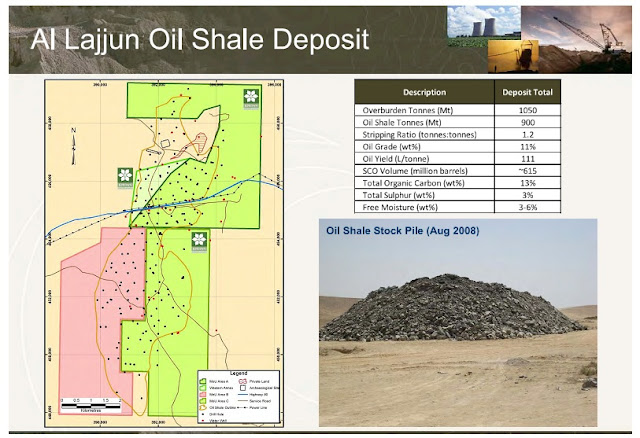 Jordan, a new pie to taste!!
Exploration in Jordan has already been initiated by majors like BP, Shell, Total and Petrobras in the yesteryears. According to the Natural Resources Authority data, the Jordan Kingdom has more than 40 billion tons of oil shale; this quantity is capable, if were exploited using cutting-edge technology, to meet the oil needs of the Kingdom estimated at 110,000 bpd and even may allow export of additional quantities over a span of hundreds of years.
"This major new oil shale venture with Karak will make a significant contribution to the Government declared Energy Strategy to increase energy from indigenous oil shale resources from 0 to 14% of the country’s energy requirements by 2020; and thereby reducing our reliance on imported oil and gas products from our neighbours", said Touqan, Minister of Energy and Mineral Resources.
With the signature of this agreement, Jordan follows the European countries like Poland, France, etc., to reduce relying on foreign countries for oil & gas imports, having robust belief on their shale resources.
Posted by Anitha Bharathi at 7:05 PM No comments: Links to this post