Petrohawk Energy began building an acreage position in the Permian Basin in the second half of 2010, and has now acquired or has committed to acquire approximately 325,000 net acres at an average cost of approximately $1,400/acre with over 90% expected to be operated. The company’s core position includes acreage in the Midland Basin, where the primary target is the Lower Wolfcamp, and acreage in the Delaware Basin, where the primary targets are the Lower Wolfcamp Shale, Bone Springs Sands and Avalon Shale. 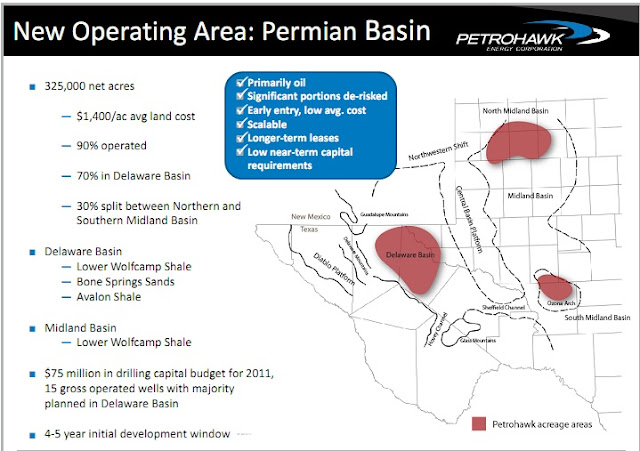 Capex for Permian Basin
Petrohawk will allocate approximately $75 million of drilling and completion capital to drill on its Permian Basin acreage during 2011. The company plans to run four rigs in the Basin with 15 wells scheduled to be drilled. Capital spending in this area is scheduled to gradually increase throughout 2012 and beyond with most lease terms providing for a four to five year development window. 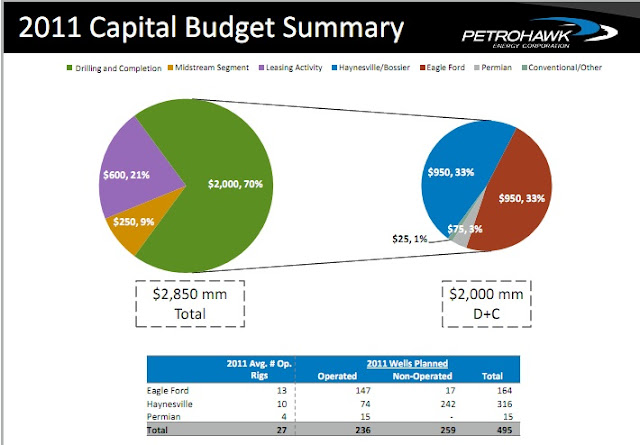 Traffic towards Permian Basin is growing
In 2010, the Permian Basin received the highest production multiples, $80,000-$110,000 per flowing barrel equivalent. The metrics reflect the premium buyers were willing to pay for oil reserves; future drilling opportunities, behind pipe potential and reserve quality. 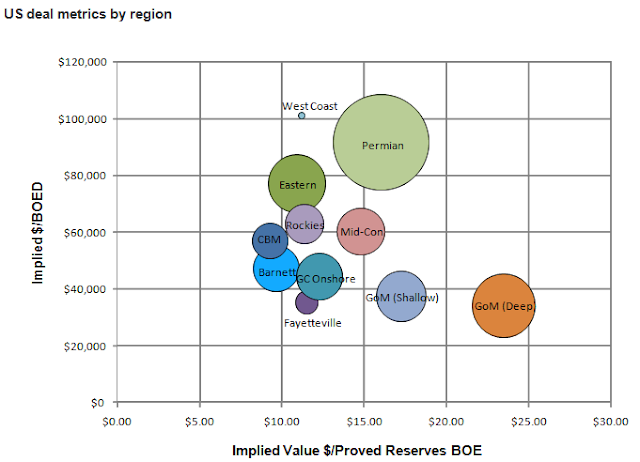 
FY-2011 will again be a busy year for the oil-rich Permian Basin as the oil prices are increasing gradually. The following table shows the Permian Basin deals in Q1-2011.

Posted by Anitha Bharathi at 12:52 PM No comments: