Marathon reported Q1 2011 sales volumes averaged 400,000 boepd, up 11% over the same period in 2010. This was primarily the result of increased liquid hydrocarbon volumes from the Droshky development in the GoM, which commenced production in mid-2010, and Norway, partially offset by the impact of the suspension of Libyan production. Natural gas sales from Equatorial Guinea were higher in Q1 2011 due to a first quarter 2010 planned turnaround at Marathon's production facilities. 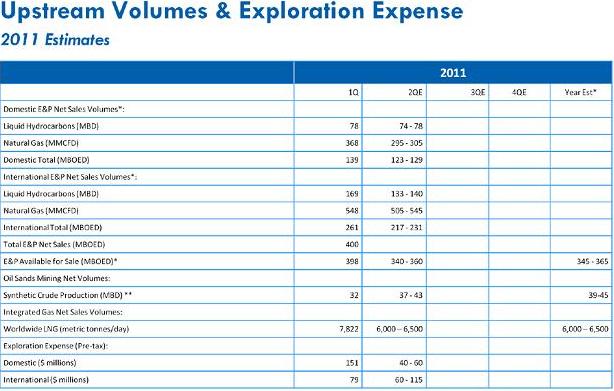 Source: Derrick Petroleum E&P Transactions Database
During the quarter, Marathon spud its first well targeting the Eagle Ford Shale formation in south Texas. As the Company continues its strategy of focusing on unconventional, liquids-rich resource plays, Marathon has increased its holdings in the Eagle Ford Shale to approximately 29,000 acres, with the rights to acquire an additional 61,000 acres. The Company also has reached agreements on approximately 30,000 additional acres and expects to close those transactions in the second quarter.
In early April 2011, Marathon signed an agreement to assign a 30 percent undivided working interest in the Company's approximately 180,000 net acres in the Niobrara Shale play. The company is currently acquiring 2-D and 3-D seismic data and expects to participate in eight to 12 gross wells by year end.

Source:Derrick Petroleum E&P Transactions Database
Exploration expenses were $230 million for the first quarter of 2011, compared to $98 million in the first quarter of 2010. Included in exploration expenses for the first quarter of 2011 were dry well expenses of approximately $159 million, primarily related to the Flying Dutchman well located in the Gulf of Mexico and the Romeo well in the Pasangkayu block offshore Indonesia. In March 2011, Marathon completed an evaluation and determined the options to develop Flying Dutchman were not viable. For Romeo, the reservoir's thickness and quality confirmed pre-drill geologic models, but the well was determined to be dry.

http://docsearch.derrickpetroleum.com/pageNav/view1/docId/12336-0000/Vero-Energy-2011-May-Corporate-Presentation.html
Posted by Kesav Gupta at 5:18 PM No comments: Links to this post

Posted by Kesav Gupta at 5:13 PM No comments: Links to this post

Posted by Kesav Gupta at 5:07 PM No comments: Links to this post

Chesapeake has reported in its Q1-2011 report that its leasehold has reached 1.2 million net acres in the Utica Shale Play in the Appalachian Basin and 1.1 million net acres in the Mississippian Carbonate Play in Northern Oklahoma and Southern Kansas. The company expects to initiate a joint venture process in the 2011 second half for both the Mississippian and Utica plays. In addition, the company has sold 180 Bcfe of reserves through ninth VPP for approximately $845 million. The sales are as part of their 25/25 plan - reduce debt by 25% and increase production by 25%. 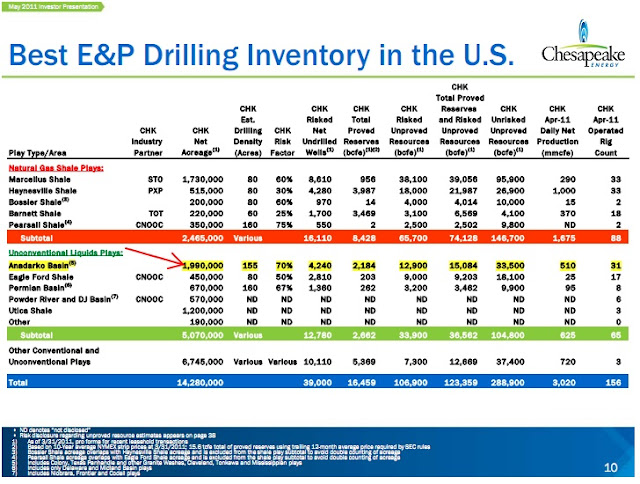 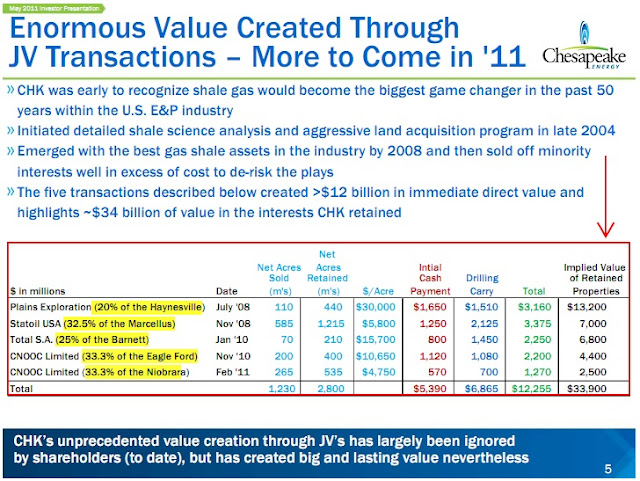