Independent companies that have made recent discoveries and that are beginning to increase their output,” are the “best targets” for Chinese/Asian NOC’s - Is Maurel and Prom the next prey? 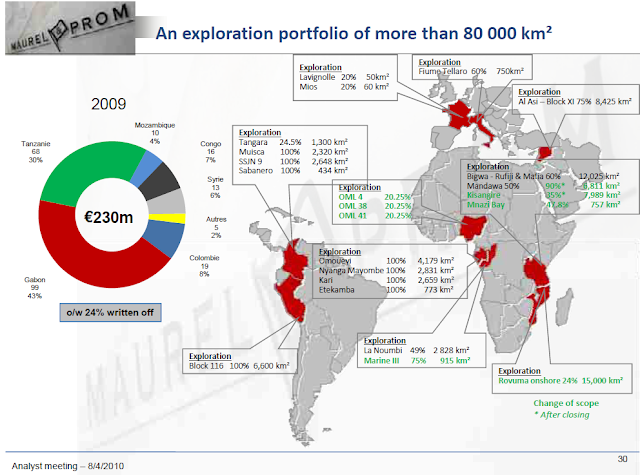 Maurel & Prom, a French oil producer with a market value of about 1.65 billion euros ($2.28 billion), is weighing a sale. The company is working with banks including Citigroup Inc. to explore options and has drawn interest from potential bidders, including Chinese companies. While Maurel & Prom has discussed a sale process with its advisers, a deal isn’t imminent and a buyer for the company may not emerge.

Independent companies that have made recent discoveries and that are beginning to increase their output,” are the “best targets” for Chinese, Indian and South Korean oil companies.  As the national oil companies such as China Petrochemical Corp., Oil & Natural Gas Corp. and Korea National Oil Corp. are under pressure to raise output and reserves as quickly as possible.
Posted by Rupesh Govindan at 7:29 PM No comments: Links to this post

In FY 2010, MOL’s average total hydrocarbon production was 143,500 boepd, Crude oil production up 13%, gas production up 49% over 2009. This is due to result of recent years’ major developments turning into production in Syria, Pakistan and the Adriatic offshore area while keeping onshore production at a stable level with enhanced and intensified oil and gas recovery technologies.
Keypoints: 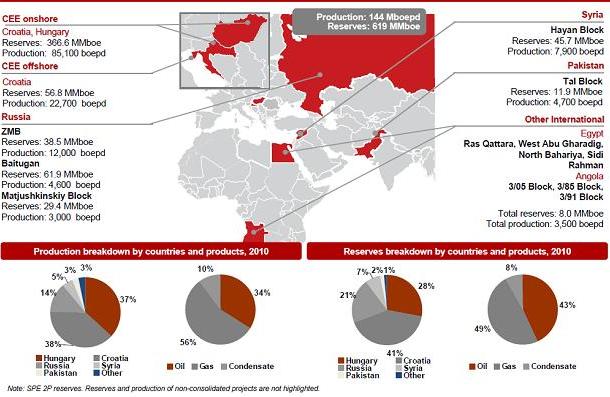 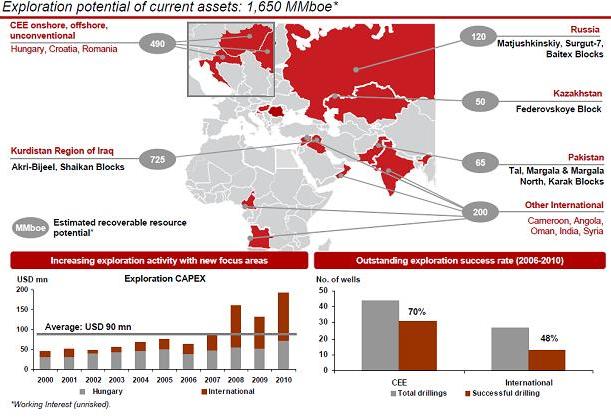 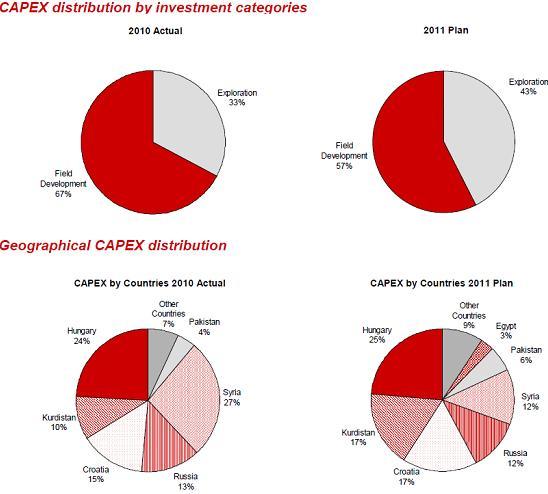