A short note on Haynesville Shale- which beat Barnett in production!! 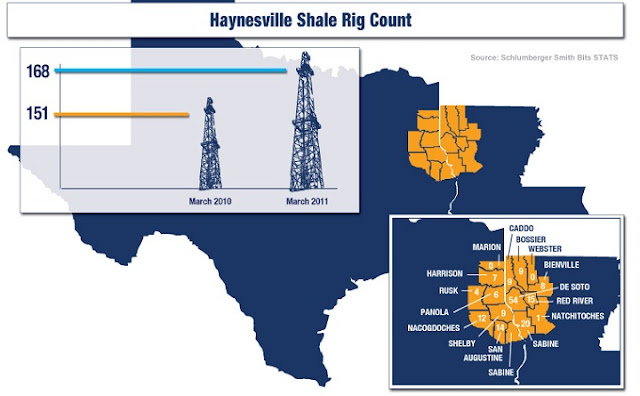 Haynesville’s rig count has increased 11% over the past year to 168 rigs as against the Barnett’s 31% decline to 53 rigs. The drilling pace in Haynesville is ramping up due to the Barnett having many matured producing wells versus the Haynesville just speeding up the production since 2007 when the first well was hit by Chesapeake. Another reason for continued drilling in the Haynesville Shale in 2011 despite weak natural gas prices is the existence of some independent companies like BG, ExxonMobil and EXCO. These independents, in 2010, gave a new outlook to Haynesville Shale lifting the metrics to ~15,000/acre. 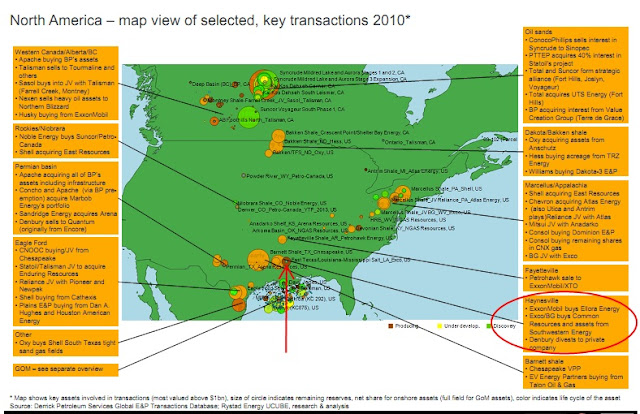 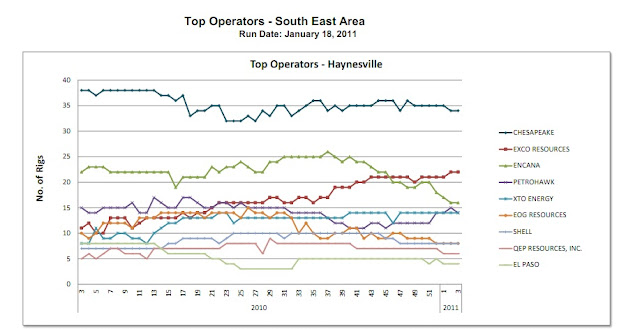 Here is the snapshot of a Haynesville package up for sale.

Wintershall reported 2010 annual results; Natural Gas Production up 5% over 2009; Plan to further expand E&P activities in the Northern sector of North Sea and in Russia 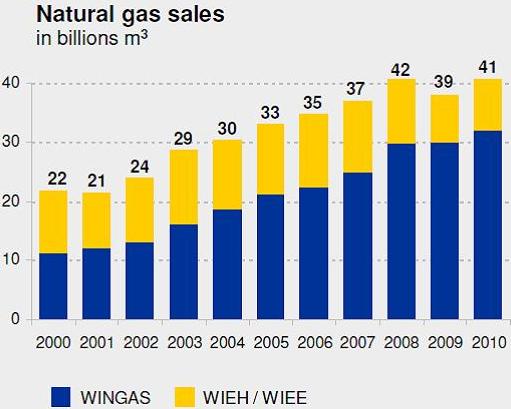 
Expansion of successful activities in the North Sea
Overall 23 (2009: 29) exploration and appraisal wells were conducted in 2010 in the search for new crude oil and natural gas deposits. Wintershall discovered new resources with twelve of these wells (2009: 17); five in the Norwegian North Sea alone, and three in the British North Sea. The company is involved in six of the twelve biggest oil discoveries made in Norway in the past five years. Wintershall is planning to continue the search for new reservoirs in its core regions in 2011 and to push ahead with the development of known deposits, especially in the North Sea in the coming years. The company has earmarked investments of more than 1,000 million Euros (US$1409.79 million) for this region by 2015 and is aiming for a production level of 50,000 boepd in the Norwegian and British sectors of the North Sea.

Shell plans to spend about $1 billion annually over the next five years on the shale gas projects in China and plans to drill about 17 wells, including probes for tight gas and shale gas, in regions including Sichuan, China’s most prolific gas province. 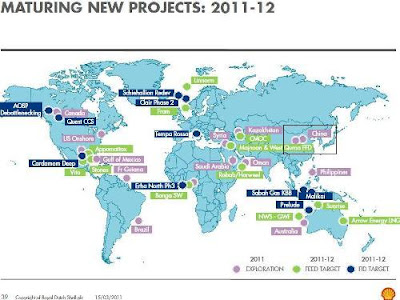 Please try our new free document search tool: www.derrickpetroleum.com
This happens to be the first joint shale gas development project signed by the two companies with an intention to explore the untapped resources in China.The project is expected to assess China’s shale gas potential and capture the unconventional source of cleaner-burning fuel to meet that country’s increasing demand for fuel.
This is not the first time when PetroChina and Shell jointly landed on a gas development project in China. They also share a deal at Changbei natural gas field in the Shaanxi province of China. Also, Just a year ago, Shell and China National Petroleum Corp (CNPC), parent of PetroChina, signed a 30-year deal to develop another tight-gas block in Sichuan province.
China lags the U.S. in terms of development of shale gas, which is a foremost contributor to future energy mix. Will US's success in the unconventionals be replicated by China? .... its too early to comment!!!

Posted by Sanjay Samuel at 5:47 PM No comments:

http://docsearch.derrickpetroleum.com/pageNav/view1/docId/11521-0000/Forest-Oil-2011-Howard-Weil-39th-Annual-Energy-Conference-Presentation.html
Posted by Kesav Gupta at 5:47 PM No comments:

http://docsearch.derrickpetroleum.com/pageNav/view1/docId/11518-0000/Bowleven-2010-Interim-Results-Presentation.html
Posted by Kesav Gupta at 5:44 PM No comments:

http://docsearch.derrickpetroleum.com/pageNav/view1/docId/11504-0000/Goodrich-2011-The-Howard-Weil-39th-Annual-Energy-Conference-presentation.html
Posted by Kesav Gupta at 5:43 PM No comments:

http://docsearch.derrickpetroleum.com/pageNav/view1/docId/11530-0000/Marathon-Howard-Weil-2011-Energy-Conference.html
Posted by Kesav Gupta at 5:42 PM No comments:

http://docsearch.derrickpetroleum.com/pageNav/view1/docId/11529-0000/BNK-Petroleum-2011-March-Corporate-PPT.html
Posted by Kesav Gupta at 5:41 PM No comments: