Rosneft and Lukoil team up to jointly explore Arctic shelf

Rosneft will open its licencing zones to Lukoil off of Russia's oil-and-gas-rich Arctic Yamal peninsula. 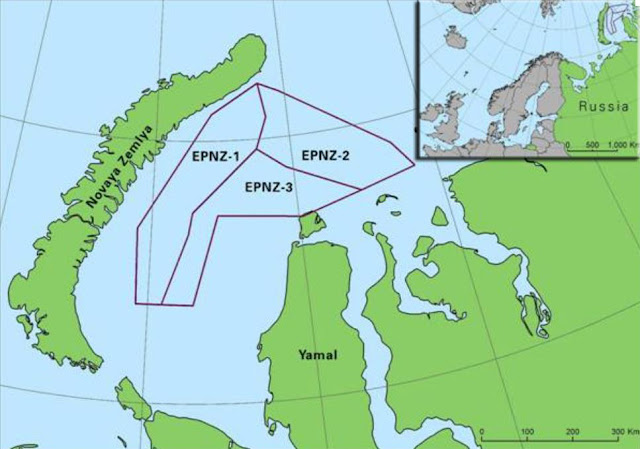 Given the successful development of their mutual cooperation, and with the goal of raising the profitibility of existing projects, Rosneft and Lukoil have agreed to join forces in the following areas:


This marks Lukoil's first offshore deal in Russia since launching the Korchagin oil field in the Caspian Sea last year, Lukoil is also venturing out of Russia, actively seeking US shale gas opportunities (Lukoil planning shale JVs in 2011). Rosneft has been aggressively partnering with foreign majors including BP, Chevron and ExxonMobil for developing its offshore fields.

Key projects of Rosneft and Lukoil:
1. Joint transportation of gas from the Vankor field and the Bolshekhetskaya Depression.
On 12 April 2011, Lukoil and Rosneft signed an agreement, under which Rosneft will independently transport gas from the Vankor field and adjoining license areas to Lukoil’s infrastructure. In turn, LUKOIL will transport gas through its facilities to Gazprom’s gas transportation system. At present, Lukoil and Rosneft are building their own gas pipeline sections and infrastructures.
2. Priazovneft
Rosneft and Lukoil each own a 42.5-percent stake in Priazoneft.  The Administration of the Krasnodar Territory owns the remaining 15 percent. Priazovneft is developing the Temryuksko-Akhtarsk license area on the shelf of the Azov Sea. In 2008, the “New” oil field was opened. The field’s recoverable reserves are: Oil: C1 - 0.87 million tonnes; C2 – 2.25 million tonnes; Gas: C1 – 319 million m3; C2 - 820 million m3. Seismic work is currently underway.
3. Caspian Oil Company
Rosneft and Lukoil each own 49.9 percent of the Caspian Oil Company; Gazprom owns the remaining 0.2 percent. In 2008, the West-Rakushechnaya field in the north-Caspian area was opened. In 2010, an assessment well was drilled at the Ukatnaya structure. Open non-industrial deposit.http://docsearch.derrickpetroleum.com/research/q/Rosneft.htmlhttp://docsearch.derrickpetroleum.com/research/q/Rosneft.htmlhttp://docsearch.derrickpetroleum.com/research/q/Lukoil.html

Posted by Rupesh Govindan at 6:29 PM