CNOOC to spend more than the Supermajors – Plans US$151 billion capex globally over next five years!

CNOOC plans to spend as much as 1 trillion yuan ($151 billion) in the five years through 2015 to boost production, China Business News reported, citing President Fu Chengyu, of which US $53 billion is for China alone. At $30 billion/year capex, CNOOC will spend more than the Supermajors. Chevron, Shell, ExxonMobil, Conocophillips, BP and Total plan to spend between $20 billion to $30 billion per year for next five years from  2011 to 2015.

CNOOC's immediate plans for 2011:
CNOOC announced its 2011 strategy plan and development plan to spend about US $8.77 billion in the coming year of which capital expenditure for exploration, development and production is US$1.56 billion, US$5.05 billion, and US$2.02 billion respectively. 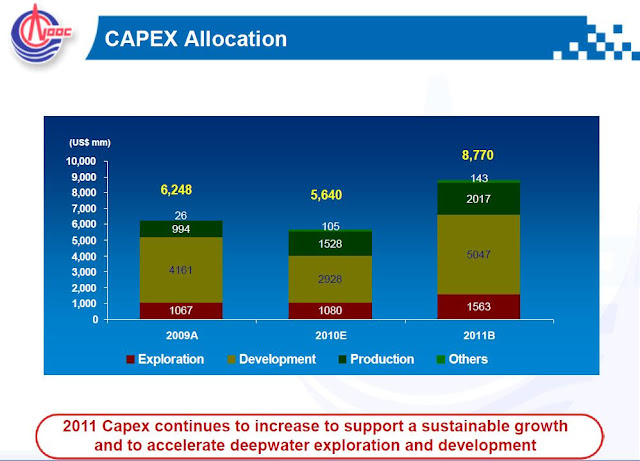 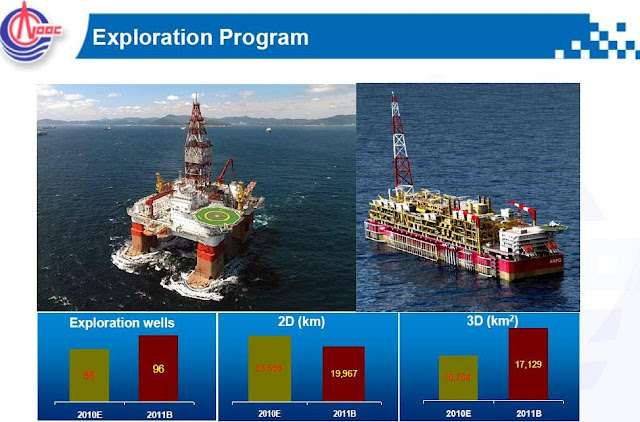 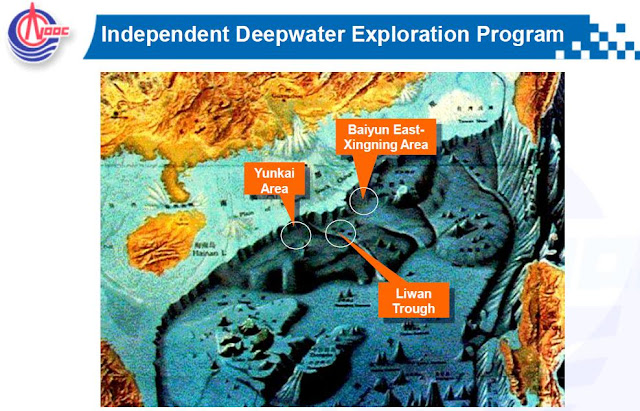 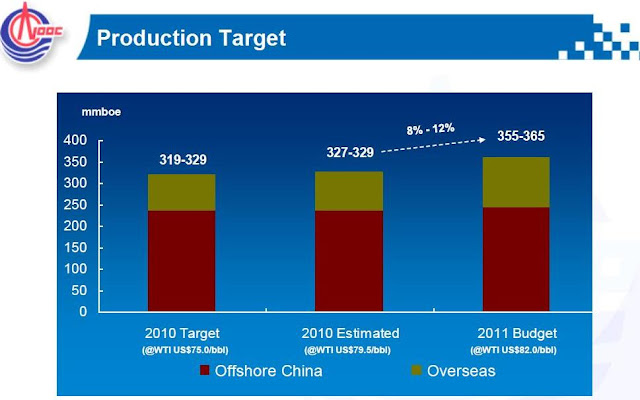 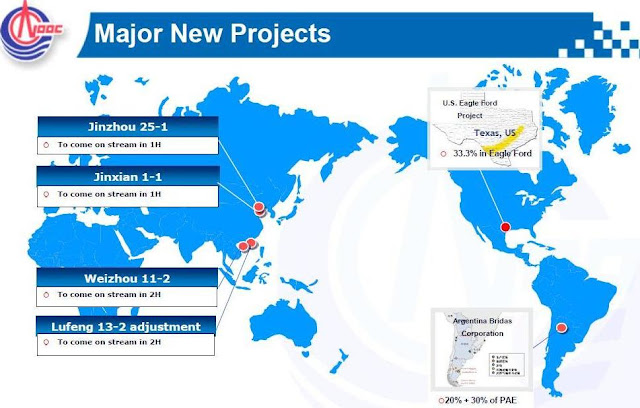 Posted by Sanjay Samuel at 6:47 PM No comments: Links to this post

Legacy builds up position in Spearfish; Spearfish is the next Bakken??

The $2-billion Legacy Oil + Gas is purchasing light oil production, reserves and undeveloped land in the Spearfish light oil resource play in Pierson, Manitoba, from Molopo Energy for C$185 million. This is in addition to their three light oil acquisitions in 2010 totaling C$740 million. 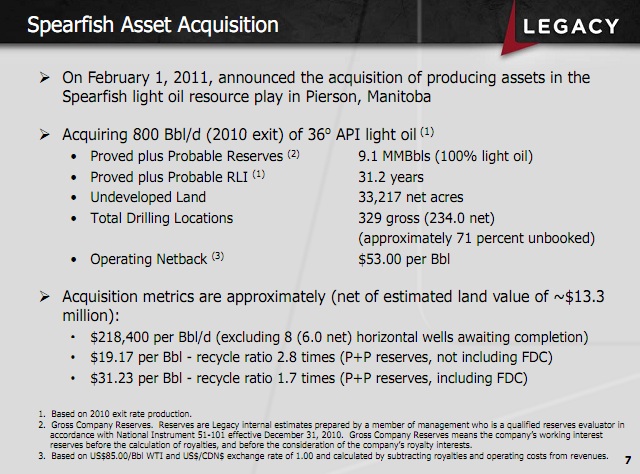 Commenting on the sale, Molopo’s Managing Director, Mr. Stephen Mitchell, stated: “We have spent ~A$75m on acquiring, appraising and developing this asset over the last 16 months. The sale proceeds will place Molopo in a strong position to focus its financial, technical and managerial resources on its extensive remaining portfolio of oil assets in North America (Bakken and Wolfcamp) and its gas assets in Australia,
Quebec and South Africa – all of which offer significant value generation potential for shareholders. 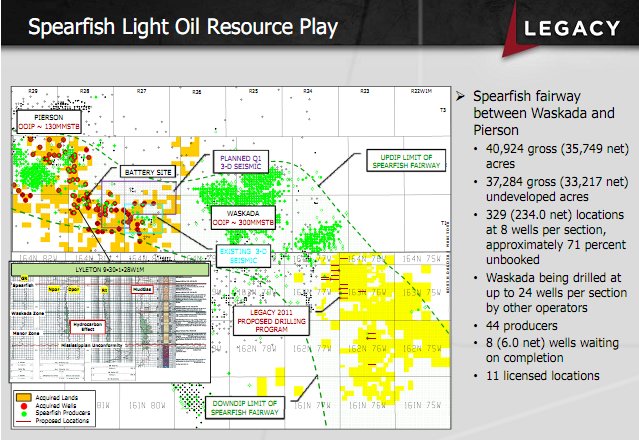 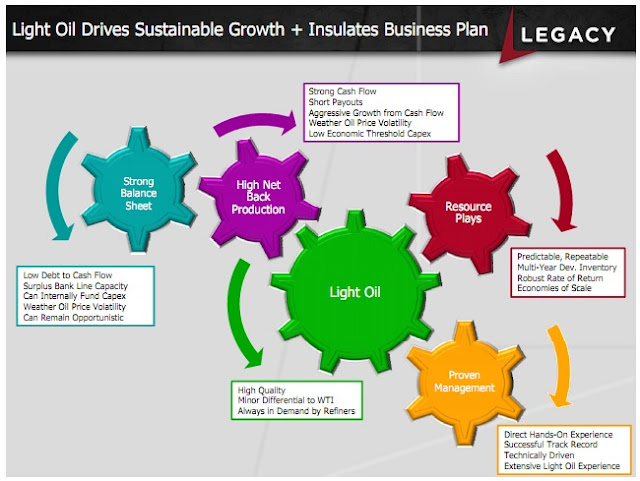 Trent Yanko, president and chief executive of Legacy says about the transaction, "It's a classic case where coming in now with the horizontal well and multi-stage frac technology you take a marginal play and turn it into a highly economic play". Yanko adds, "Part of it is the technology advancement in the completions and part of it is price. We wouldn't be doing this if oil was C$15 a barrel. Our philosophy is we are pursuing light oil resource-style opportunities. We have had success in identifying those and being able to negotiate one-off transactions and being able to properly assess the upside."
Spearfish, is this going to be a sibling of Bakken??
The Spearfish formation is at a shallower depth than the Bakken oil, so it should be cheaper to drill the Spearfish. Also, it is a low permeability poor quality inter-laminated silty-sandstone sitting on top of the Mississippian water bearing formation. The porosity is 15% for the Pierson area. The Spearfish light oil resource play began development in southwest Manitoba in early 2007 and since that time, more than 150 multi-stage fracture stimulated horizontal wells have been drilled in the greater Waskada area. 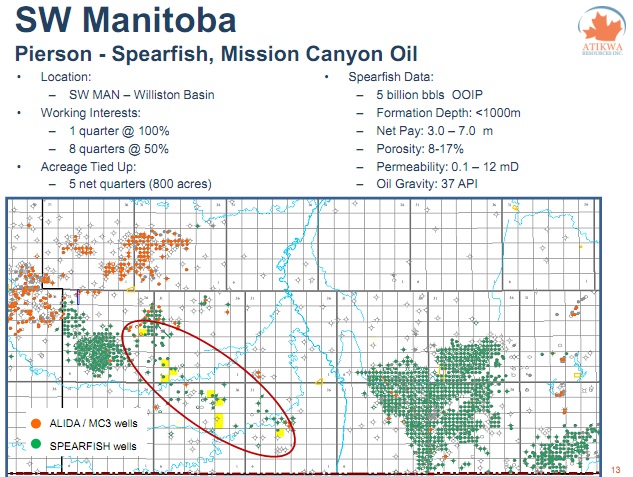 Lynn Helms, director of the North Dakota Department of Mineral Resources, “The Spearfish play is about where the Bakken was in 2005 with positive indications of recoverable oil, but a lot of work to do to get repeatable economic results".
Posted by Anitha Bharathi at 5:52 PM No comments: Links to this post

Shell’s 2010 oil and natural gas production volumes were 3.3 million boepd, an increase of 5%, LNG sales volumes increased by 25%, with continued growth in Downstream. The company’s fourth quarter and full year 2010 earnings were supported by higher oil prices and chemicals margins.
Key highlights in 2010: 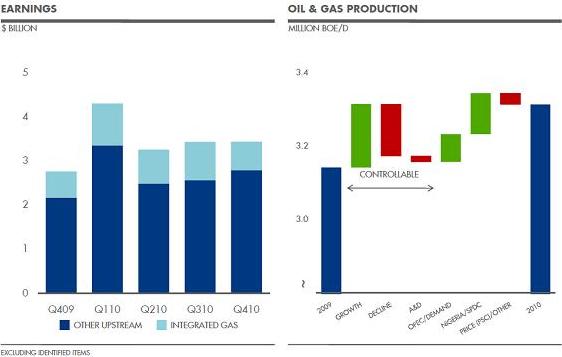 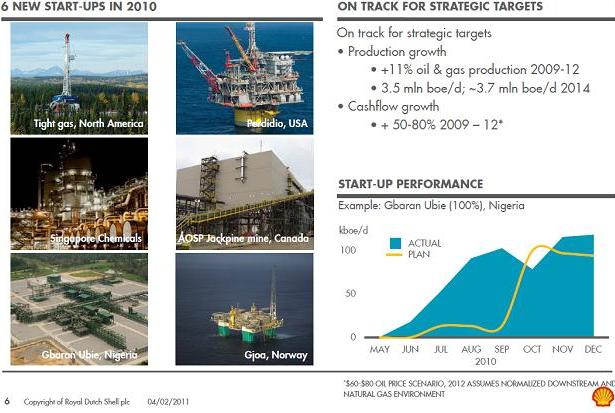 Production in the fourth quarter increased by some 160 kboepd (170 kboepd for the full year 2010) from new field start-ups and the continuing ramp-up of fields, more than offsetting the impact of field declines 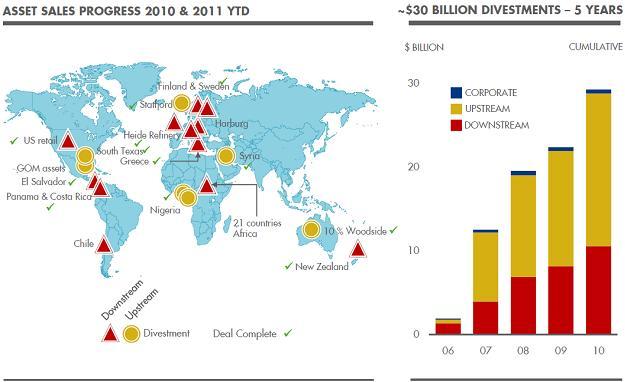 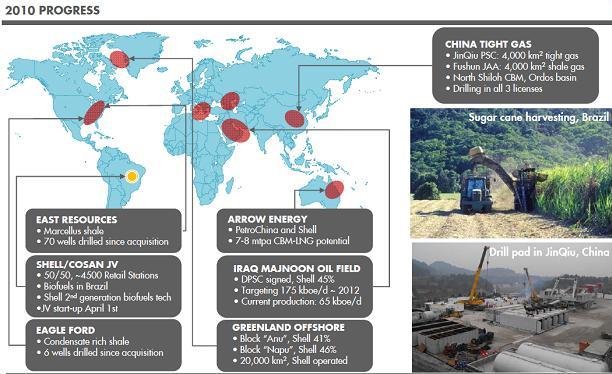 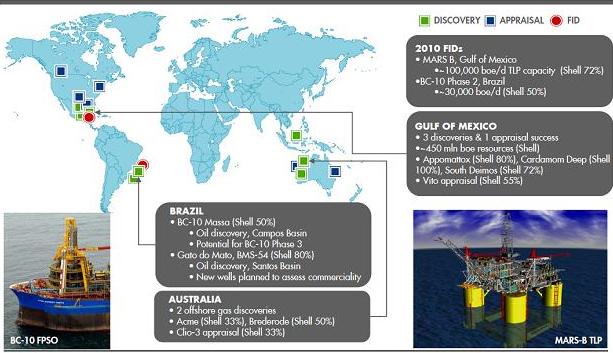 Posted by Kesav Gupta at 1:41 PM No comments: Links to this post