Main Features
a.       Shell Canada is seeking a JV partner to develop its Nikanassin Play in its Chinook Asset and has engaged TD securities as its exclusive financial advisor.
b.      Offering 25 – 50% equity in its lands to JV partner.
c.       Seeking cash with a capital component.
d.      Level of carry is a function of term and working interest acquired.
e.      Term is anticipated to be 3-5 years. 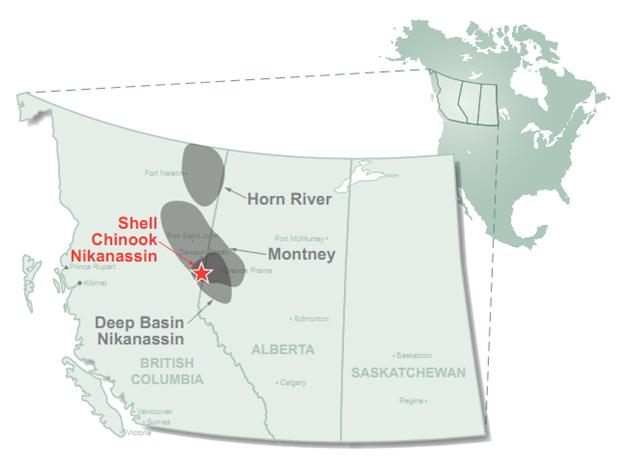 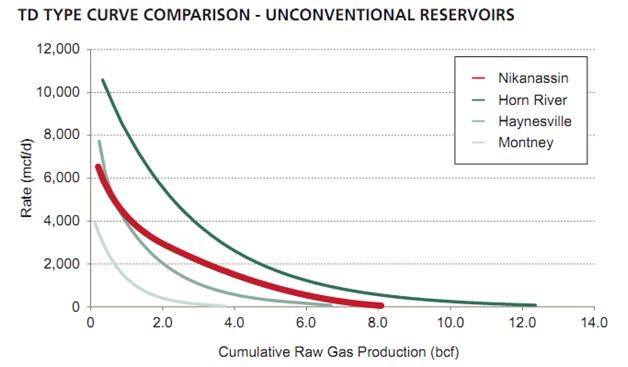 Figure 2: Comparison of various parameters between the Nikanassin and other similar unconventional plays. Source, TD Securities.
Benefits for JV partner
a.       Shell is a major player with extensive capabilities and experience in unconventional plays.
b.      Reduced drilling costs by 50%
c.       50% reduction in drilling time
d.      40% reduction in completion costs
e.      Prior investment capital has already flowed into project.
Shells Current Activity at Chinook Asset
a.       Drilled three horizontal wells in Q4-2010, all tied in and initially producing > 5 mmcf/d
b.      Completed drilling first syncline well in Q1-2011 (Figure 3) which is awaiting completion and tie-in Q2-2011
c.       Plans to drill second syncline well and four development wells in remainder of 2011

Figure 3: Subdivision of the Nikanassin play according to Shell. Source, TD Securities.
Recent activity by other operators 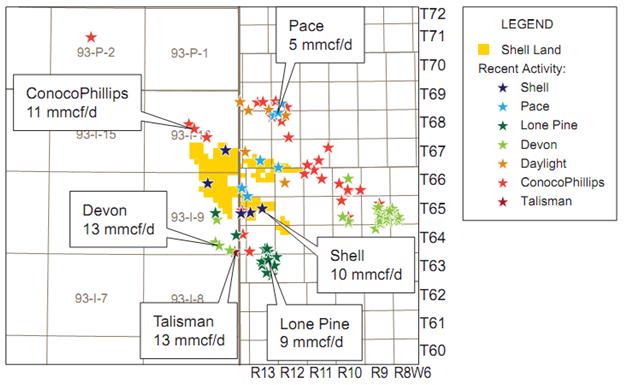 Analyst Comments
Derrick estimates the value of this deal to be between $25 - $100 million assuming a 50% JV based on acreage metrics from the June 2011 activity land sales published by the Canadian government.
Posted by Sanjay Samuel at 5:16 PM No comments: