Repsol agreed to acquire 70% interest in the leasehold held by 70 & 148 LLC and GMT Exploration LLC on the North Slope of Alaska. The blocks are located close to large producing fields and cover an area of 2,000 sq km. Repsol has agreed to carry out the investment necessary to explore and evaluate the economic viability of the resources contained in these blocks. The estimated minimum exposure of this investment for Repsol, including amount to be paid to its partners and the cost of exploration to be carried out over several years, amounts to $768 million. The start of exploratory work is scheduled for next winter. 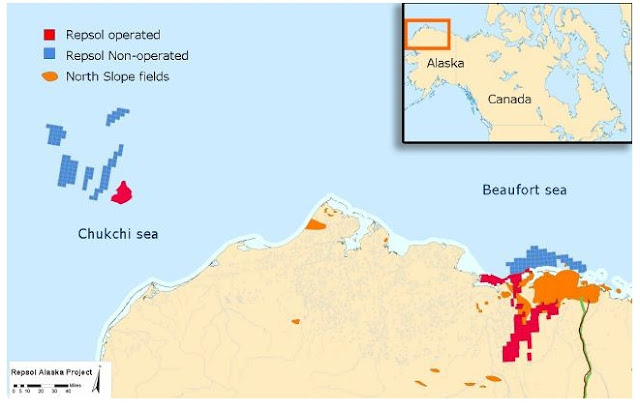 Hurdles in exploring Alaskan leases:
A lengthy US regulatory process has forced Shell to postpone offshore drilling plans in Alaska to 2012 from 2011, although the company expects it will eventually obtain the permits it needs to proceed, a company executive said in February. Shell has invested $3.5 billion in exploration programs in Beaufort and Chukchi Seas of Alaska, but the company's plans have been held up amid legal challenges by environmental groups and native villagers concerned that oil exploration could hurt wildlife and habitat without adequate safeguards.
In addition, last week the US Interior Department had cancelled leasing offshore tracts in Alaska's Cook Inlet that was tentatively scheduled for later this year. So-called lease sale 219 was called off because of lack of sufficient interest by energy companies to search for oil or natural gas in the area. Read more: http://mergersandacquisitionreviewcom.blogspot.com/2011/03/companies-showed-less-interest-in.html
Alaska North Slope - has rooms to grow:
The North Slope of Alaska, holding North America’s largest oil field Prudhoe Bay, is an especially promising area for Repsol as it has already shown to be oil-rich and carries low exploratory risk. This acreage also helps increase the company’s presence in OECD countries. 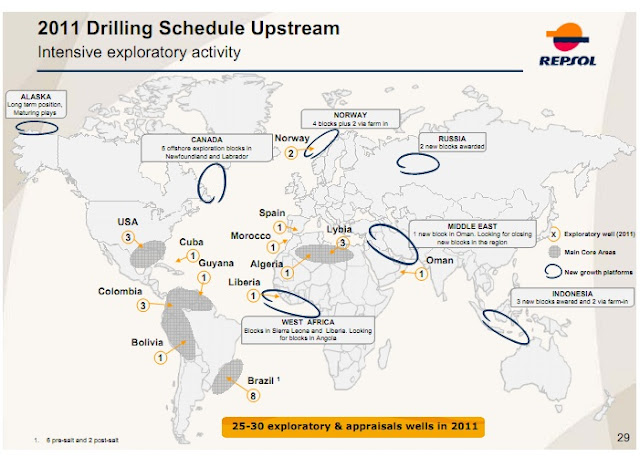 In the last decade, the smaller oil companies leased hundreds of thousands of acres across the North Slope and drilled dozens of exploratory wells, leading to the first independently operated oil production in the history of the North Slope. If that trend continues, Alaska will become home to many smaller oil companies this decade.
"When we can produce a barrel, and prove to everybody else that we can produce a barrel, I think there's going to be a flood of independents coming to the North Slope," said Jim Winegarner, vice president of land for Brooks Range Petroleum Corp., an independent operator leading a joint venture of small companies on the North Slope. Repsol believes so!!
Posted by Anitha Bharathi at 6:39 PM No comments: Links to this post

BP has backed off from plans to sell assets in Algeria, The surprise announcement also comes after Russian joint venture TNK-BP Ltd., which is half-owned by BP, said Tuesday it was still interested in buying the assets owned by the British company--the largest foreign oil and gas investor in the North African nation.

Earlier this year, BP agreed to sell its stake in the two fields, which each have production of up to nine billion cubic metres, for $3 billion, but the government's decision to withhold the data has led to speculation that it is interested in snapping up the assets for itself.
It is not the first time the Algerian government has intervened - in 2000, it blocked BP's proposed sale of a 40% share in the Rhourde El-Baguel field to energy giant Elf, opting to exercise its pre-emptive right of purchase.
A major blow to the potential Russian buyer TNK BP 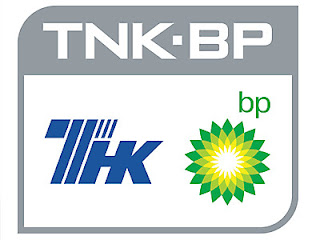 While confirming its interest in the BP Algerian assets, TNK-BP had cautioned it didn't expect a breakthrough in negotiations soon. Algeria's state energy firm, Sonatrach, had signaled an interest in exercising a right of first refusal to the BP assets. Separately, TNK-BP's Russian shareholders are in a dispute with BP over the possible participation in an Arctic deal signed by the U.K. company with Russian oil company OAO Rosneft. It is unclear if the spat affected the Algerian considerations. 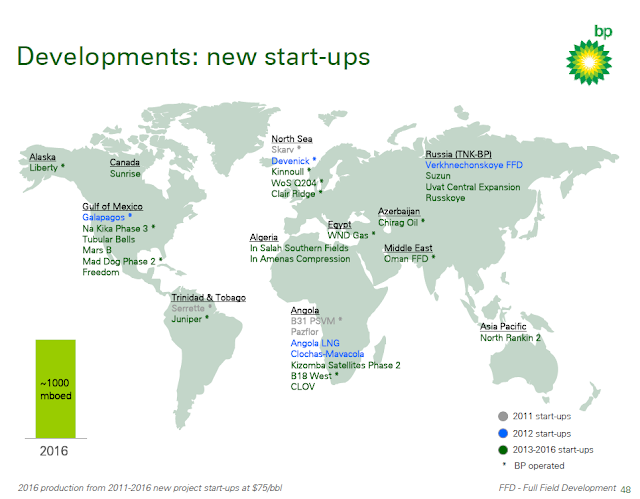 In Algeria, BP has two large natural-gas projects, In Salah, which covers seven fields in the southern Sahara desert, and In Amenas. BP also participates in the Rhourde El Baguel oil project, and is exploring for oil in the Bourarhet block next to In Amenas.

For more on BP Algeria: visit: http://docsearch.derrickpetroleum.com/research/q/BP%20+%20Algeria.html
Posted by Rupesh Govindan at 5:51 PM No comments: Links to this post

Apache reported annual average production of nearly 658,000 boepd, up 13% from the last year. Liquids production increased 18%, and this, combined with higher oil prices, drove Apache to record earnings of $3.0 billion for 2010. The company added 827 MMboe or 344% of production, through discoveries, extensions and acquisitions. Approximately 245 MMboe, or 102% of 2010 production, in reserve additions came through drilling.
2010 Highlights: 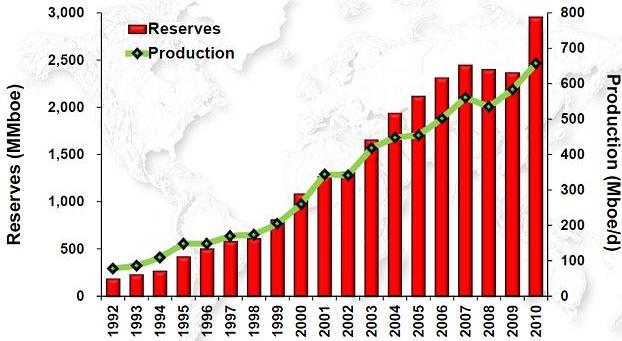 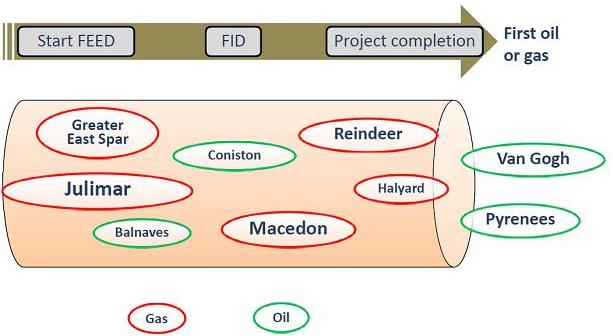 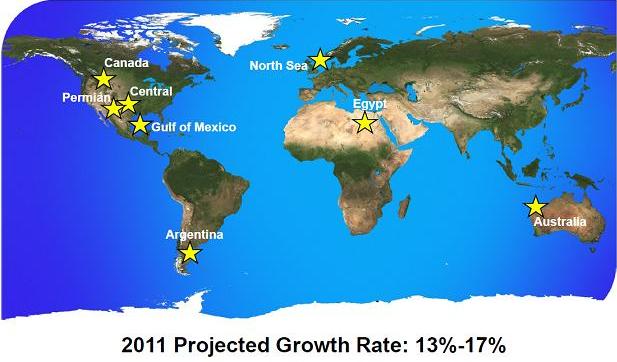 -- Established new regions in the deepwater Gulf of Mexico, Gulf Onshore and Permian Basin, and expanded in Egypt, Canada, and the Gulf of Mexico Shelf. 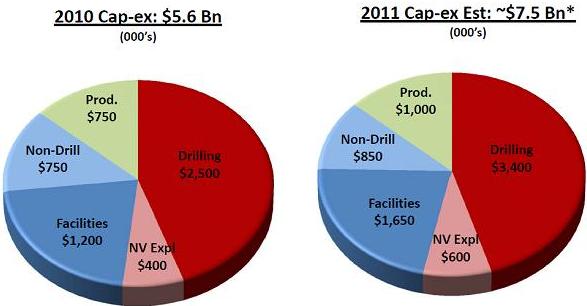