Linc Energy has acquired 14 oil fields consisting of 156 leases covering approximately 13,400 acres in the Gulf Coast Region of Texas and Louisiana, from ERG Resources LLC, at a purchase price of US$236 million. 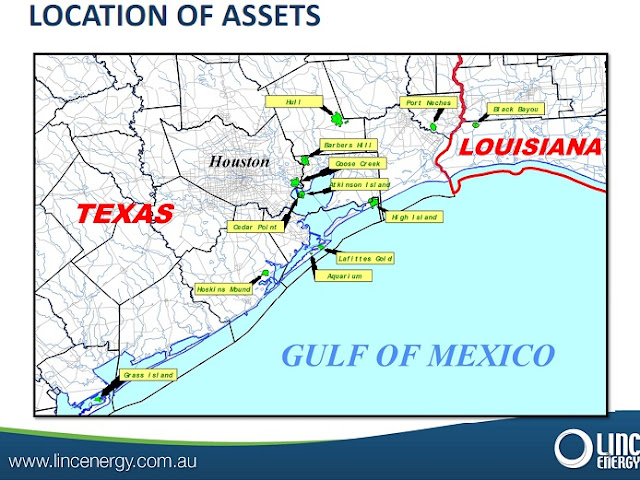 Highlights of the acquisition:
-- Current oil production is approximately 3,300 barrels per day (over 1.1 million barrels per annum).
-- The immediate plan over the next 12 months is to increase oil production on the acquired fields with additional drilling and well optimisation so as to exceed 6,300 barrels per day (over 2.2 million barrel per annum) by the 4th Quarter of 2012.
-- The potential also exists for a significant increase in production from Enhanced Oil Recovery (CO2 flooding) which Linc Energy will be investigating over the coming 12 months.
-- Acquired fields contain Net Proven Reserves (1P) of 20.5 MMBO, and Net Proven and Probable Reserves (2P) of 22.3 MMBO.
-- These assets are cash flow positive on day one of the acquisition.
-- The Royal Bank of Scotland has commenced arranging minimal recourse debt financing to support the acquisition and the first year of capital expenditure for both the ERG assets and the previously acquired Rancher Energy Corp oil field assets in Wyoming.
Break-up of value paid for probable and proved reserves
A look at the Quarterly Metrics of the US oil deals