Reliance Industries, which has struck three shale gas joint ventures with U.S. firms this year, may make a full buyout next as the cash-rich firm builds the knowledge it needs to run such operations.

Reliance has received about 20 to 25 pitches from investment bankers for shale assets with potential targets include Fort Worth, Texas-headquartered Quicksilver Resources Inc, Denver, Colorado-based Enduring Resources and companies with assets in the Horn River shale formation in Canada.

Major US Shale Assets on the market

Why US Shale?
Shale gas accounts for between 15 percent and 20 percent of U.S. gas production, but is expected to quadruple in coming years, touching off a scramble among producers large and small for access to resources. Reliance's overseas ambitions, and is looking to invest in new areas such as shale gas to expand the firm's businesses beyond petrochemicals, refining, oil and natural gas exploration, and retail.
Reliance to generate free cash flow of $18 billion by 2014, giving it plenty of firepower for investment.  Reliance’s India asset sale of $7.2 billion to BP is seen as part the cash generation.

Probable target
A firm on Reliance's radar may be Houston, Texas-based EOG Resources, which said in early August it plans to sell about 180,000 acres in U.S. shale plays -- underground rock formations that hold reserves of oil and natural gas. 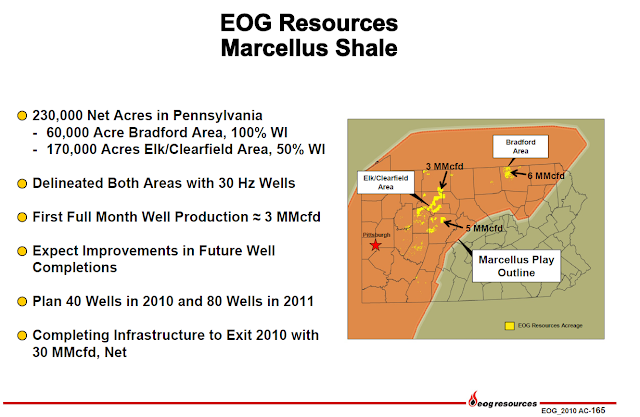 Posted by Rupesh Govindan at 5:03 PM No comments:

Heritage rejects $1.9b takeover bid - Who will be the next suitor for Heritage???

The Abu Dhabi-based suitor, whose name was not known, recently sent Heritage a letter offering to pay 425 pence per share. Heritage stock looked cheap following news on 26 January. Heritage found gas but not oil in the Miran West field, Kurdistan region of Iraq.

Whenever a company has been hit to the extent that Heritage has been hit recently then the perception of cheapness makes them look attractive. Emerging speculation suggest there could be one more company (possibly Chinese) were considering making an approach worth around 600 pence per share. 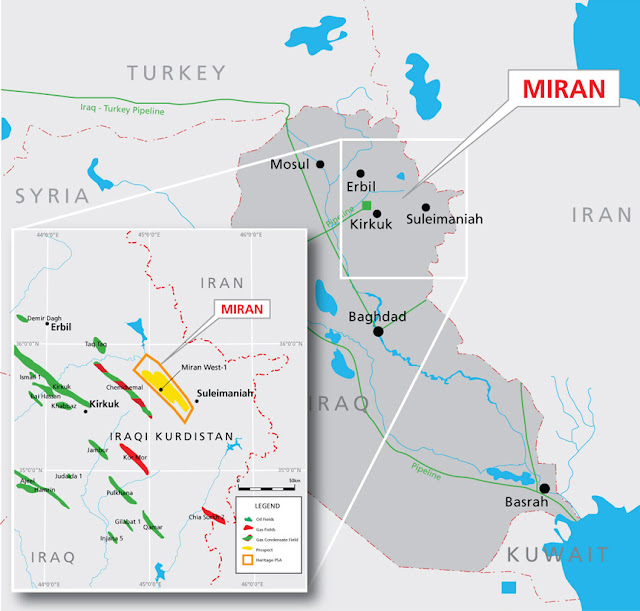 The Miran West-2 well is being drilled to encounter the deeper exploration objectives in the  underlying Jurassic and Triassic structures which have the potential to contain substantial  quantities of hydrocarbons. The well has been re-engineered and it is  expected that the deepening of the Miran West-2 well to 4,600 metres will complete during the third quarter of  2010. 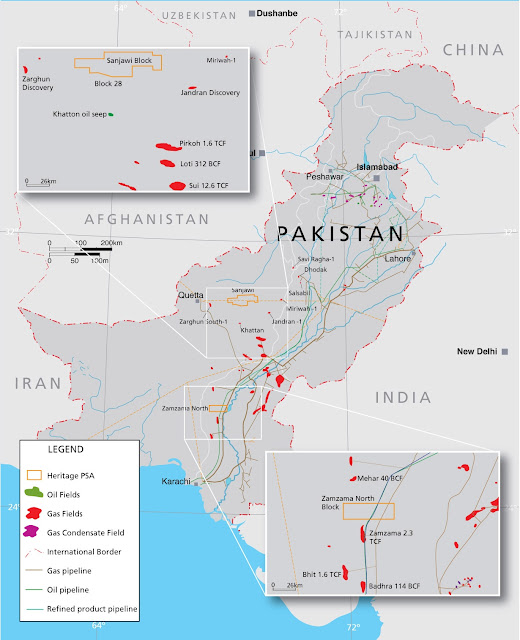 336 kilometres of 2D seismic has recently been acquired on the Zamzama North Block in Pakistan,  here a number of structural leads have already been mapped.  Work programmes across the portfolio are progressing with wells planned in Malta, Russia and Pakistan for the second half of 2010.

Posted by Rupesh Govindan at 2:17 PM No comments:

Total sold in December 2010 its 5% interest in Block 31, located in the Angolan ultra deep offshore, to the company China Sonangol International Holding Ltd, for approximately 742 million Euros (~US$983 million). Block 31 (water depths of 1,500- 2,500 m) is expected to produce 1,50,000 barrels of crude oil per day and output is expected to start in 2012. A total of 19 discoveries have been made in Block 31 with a total resource of 2 billion barrels of oil equivalent. The project is estimated to produce 490 million barrels of oil. A total of 48 production and injection wells are planned with development drilling currently underway. Work is also ongoing to pursue the development of discoveries comprising the Palas, Astraea, Juno and Dione discoveries. 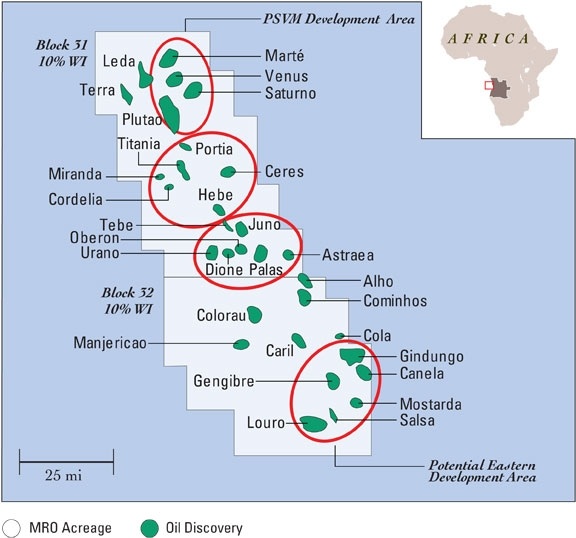 BP is the operator of Block 31 with 26.7% interest. The other partners of the block include ExxonMobil with a 25% stake, Statoil with 13.3% and Marathon Oil with 10%. Sonangol, is the concessionaire of the block and owns a 20% stake.
Exxon’s 25% stake in Block 31 is up for sale!!
ExxonMobil is also planning to exit the block. OVL, overseas arm of ONGC, which is trying to acquire 25 ExxonMobil's 25% stake in the Block 31 may not get due to a higher bid from another company, its chairman said recently. We don't yet know who has bid more than OVL but it will be fair to guess that it might be a Chinese, Korean or even a Thai company," he said. "It is not that OVL is out of the race. They have an option to hike their bid. But more importantly, if the company at the forefront is not liked by Angolan government, Exxon may be forced to go to other bidder," the source close to the matter said.

Source: Derrick Petroleum M&A Database
Chinese, who had already lost the chance of acquiring stake in Angolan Block 32 in 2009, seems like it will not miss this opportunity!!
Posted by Anitha Bharathi at 1:13 PM No comments: