Delta Petroleum Corporation, the Denver, Colorado based independent energy company engaged in the exploration for, and the acquisition, development, and production of natural gas and crude oil in the Rocky Mountain region, USA has hired Macquarie Capital and Evercore Partners for advice on strategic alternatives, including a potential sale, the company said in an announcement. Delta's shares lost about 44% of its value since it started divesting its non-core assets about a year ago. On news of it considering strategic alternatives, its share price increased by up to 9% on Wednesday morning trading. Some facts on the company is provided below: 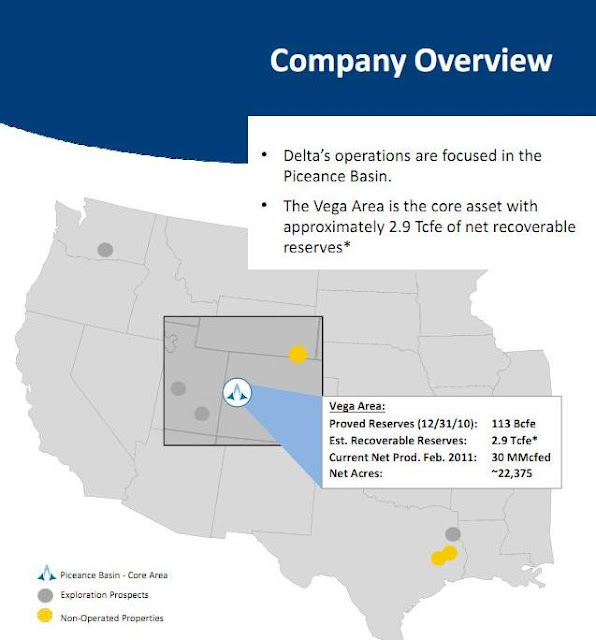 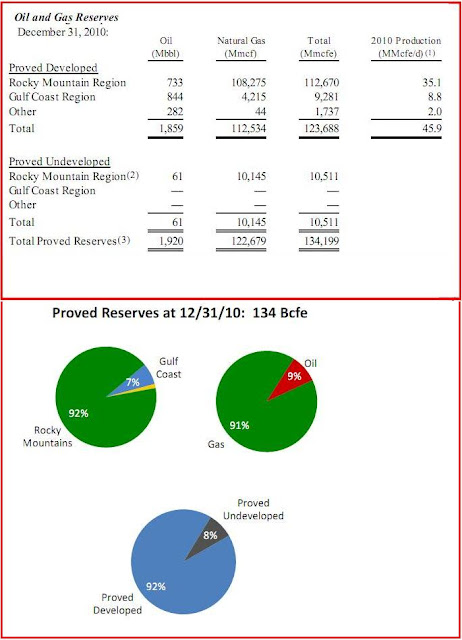 
Considering both the analysis, Derrick estimates Delta Petroleum's value to be in the range of $400 - $500 million.


Posted by Sanjay Samuel at 7:33 PM No comments: Links to this post