The Company will finance most of this through internal cash generation, but will also issue up to $23 billion in debt and sell an additional $6.5 billion in equity to the public.
2011…
Leverage, Growth and Sustainabilty 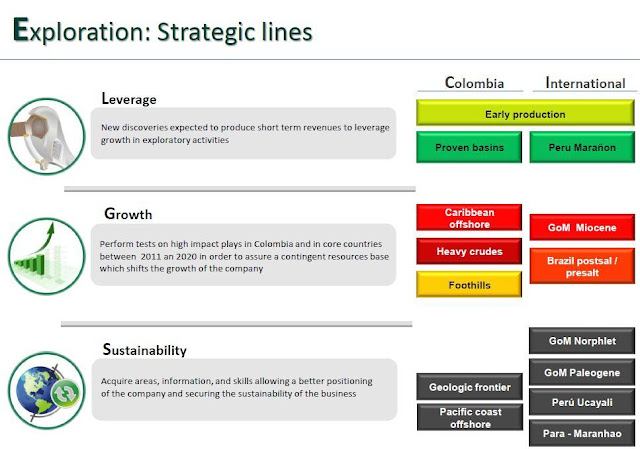 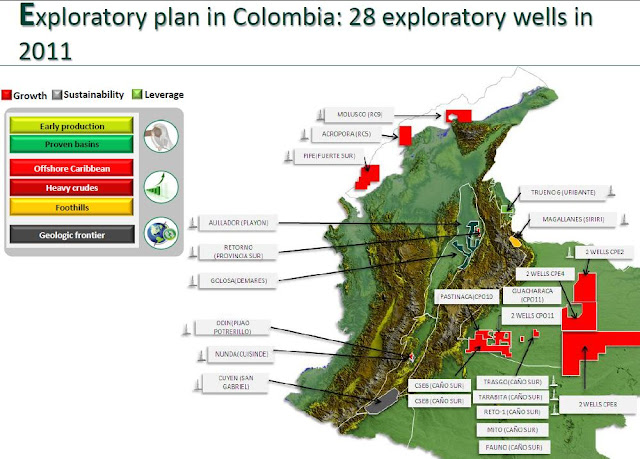 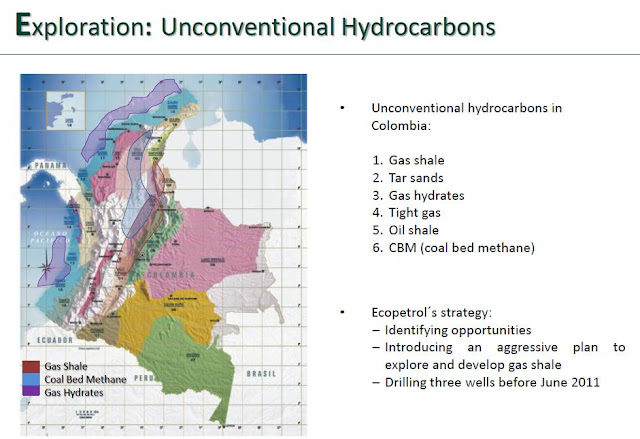 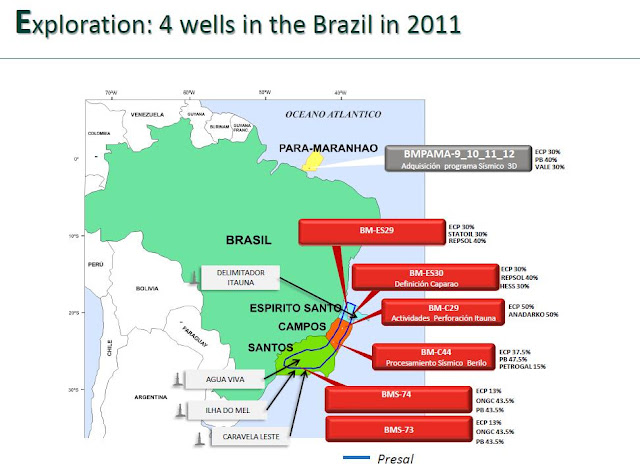 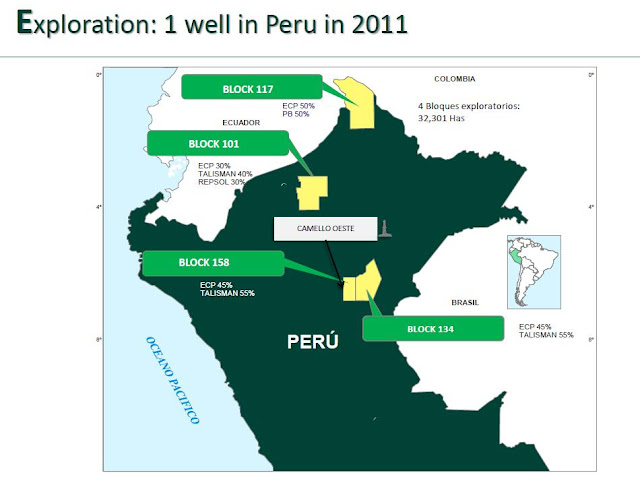 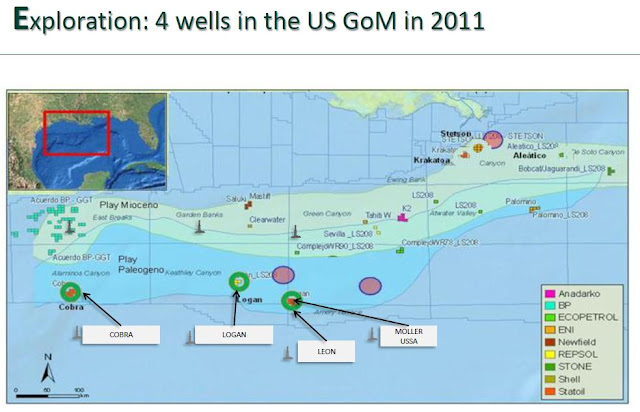 Ecopetrol may not be well known among most investors but this won't be the case for long if it successfully executes its strategic plan for the next decade which will transform its identity from a national oil company to a leading player in the energy industry!
Posted by Sanjay Samuel at 5:37 PM 1 comment: Links to this post

Gazprom cashes out approximately $163 million to acquire the 50% of Eni's stake (33.3%) in the consortium developing the Elephant oilfield in Libya. The Elephant field contains 700 million barrels of estimated recoverable oil reserves. The field infrastructure is fully developed and comprises power supply, oil treatment and transmission facilities to the oil export terminal. This agreement is part of the strategic partnership signed between Eni and Gazprom in 2006 which envisages the commitment of both parties to jointly develop projects in the entire gas chain. 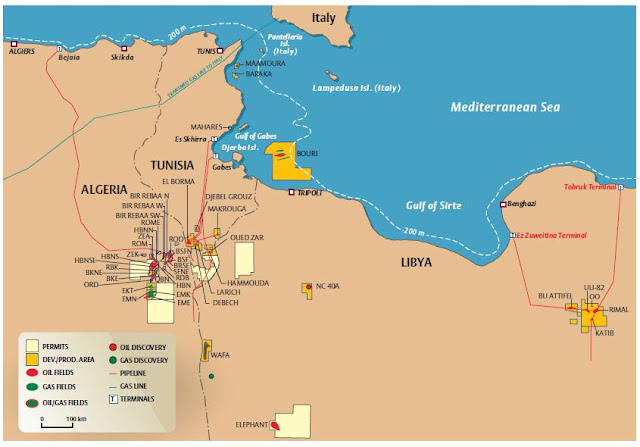 Projects with Gazprom in Libya
In 2006 and 2007 Gazprom was an active participant of international bidding procedures for the right to explore the most geologically promising licensed blocks. Based on the bidding results Gazprom obtained exploration rights for licensed blocks 19 and 64. In addition, following the asset swap deal with BASF in December 2007, Gazprom acquired a 49% stake in Libya’s oil concessions C96 and C97. 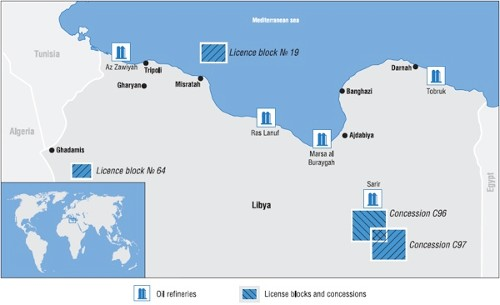 Easy to do business in Libya- says Gazprom
Gazprom last year said, “Libya is becoming the key priority of Gazprom Neft in Africa. On the whole we are planning to become a serious player in the Libyan market by actively participating in other projects as well; what those projects will be, we’re not prepared to tell yet; we are making an estimate and this is confidential information. If we manage it, we expect to increase the company's share in production of Libyan oil "to the critical mass", producing at least 10% of the country's oil”.
The advantages of Libyan business for Gazprom Neft are obvious – production here is done on land, and our company has extensive experience in this area. In addition, in Libya there are no political or economic sanctions against foreign business – any contractor can come and start working. And, logistically speaking, traveling to Libya is simpler and faster than, for example, to countries of West Africa, which are also potentially interesting for us – here we can pick up experience of working on the shelf, which is really necessary for Gazprom Neft.
Posted by Anitha Bharathi at 12:39 PM No comments: Links to this post

Santos 2010 production down 8%; two-thirds of that due to flooding

Santos reported a production of 134.5 kboepd, 8% lower primarily due to wet weather and flood events in Central Australia which reduced Cooper Basin production by 7.95 kboepd, partially offset by stronger gas production in Western Australia and Indonesia. Higher commodity prices were evident across the company’s portfolio in 2010 and drove sales revenue to $2.2 billion, up 2% than 2009.
Results highlights
- Production 49.9mmboe, down 8% 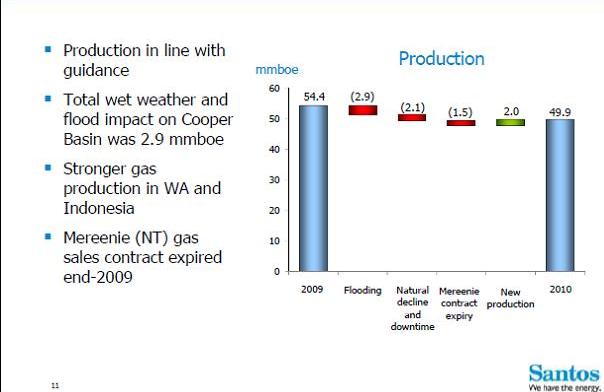 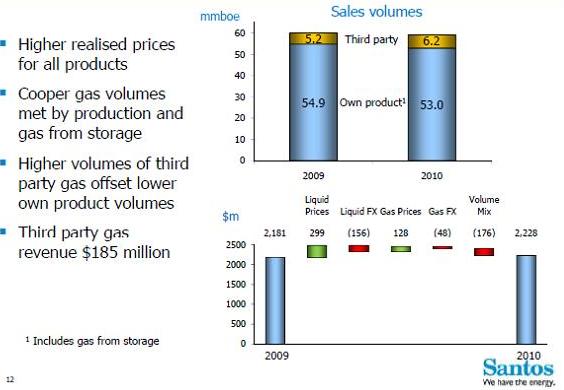 Posted by Kesav Gupta at 12:08 PM No comments: Links to this post