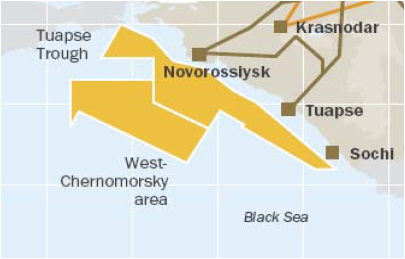 Chevron Corp.'s plans to drill for oil in the Black Sea in a partnership with OAO Rosneft have run into trouble, people familiar with the matter say, in a new sign that Russia's push to attract foreign partners into its energy sector may not be going as smoothly as it hoped.
Last year, Chevron teamed up with Rosneft to jointly explore and develop the Val Shatsky field in Russia's Black Sea, a deepwater region thought to contain more than 6 billion barrels of oil.
The Chevron deal was the first in a series of high-profile transactions involving ExxonMobil, BP PLC  and Total SA
But some of those deals have faced obstacles.
A $16 billion share swap and Arctic exploration project between BP and Rosneft, announced in January, was blocked by a London court after a legal challenge by BP's partners in its Russian joint venture, TNK-BP, who argue it violates the TNK-BP shareholder agreement.
And now, the Chevron-Rosneft tie-up is facing problems.
Reason for pull out
Chevron had identified some technical risks associated with the Val Shatsky field since the deal was signed last summer, and that the field's reserves may not be as large as Chevron initially thought. The field is also seen as geologically difficult, which could entail high costs.
Some of the media reports suggest, Chevron is pulling out of the project as wasn't happy about being offered just 33% in the joint venture that would develop Val Shatsky, while having to carry the full exploration costs of $1 billion.
Posted by Rupesh Govindan at 11:37 AM No comments: Links to this post