Slow M&A activity in the first week of August has ended with SandRidge Energy's $500 million JV with Atinum.
SandRidge Energy has entered into a joint venture with an affiliate of Atinum Partners Co Ltd, a leading investment firm located in South Korea. The JV area of mutual interest (AMI) covers, substantially, all of SandRidge's original Mississippian Play area, located in Northern Oklahoma and Southern Kansas, other than wells and acreage within the associated spacing units spudded prior to the effective date and all wells and acreage associated with SandRidge Mississippian Trust I. 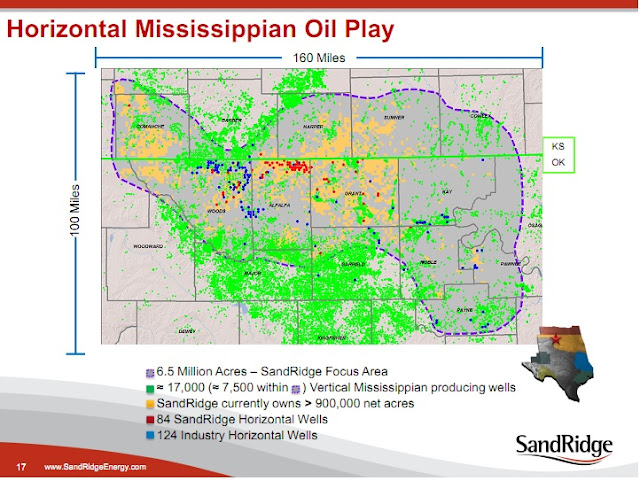 As per the terms of the agreement, SandRidge will transfer an undivided 13.2% non-operated working interest in approximately 860,000 acres, or approximately 113,000 net acres to Atinum for a total transaction value of $500 million. Atinum will pay $250 million in cash at closing. Atinum has also committed to a drilling carry obligation to pay 13.2% of SandRidge's share of drilling and completion cost for wells drilled in the AMI up to a total amount of $250 million, which is anticipated to occur over a three year period.


Mississippian Oil Play- A new comer to the Unconventional Sector
The Mississippian Oil Play is an emerging horizontal play that has the potential to become one of the most profitable domestic onshore oil plays. This play is led by Chesapeake Energy, SandRidge Energy, Range Resources, Devon Energy and Eagle Energy of Oklahoma LLC. SandRidge Energy is the most active driller in this play with 3,400 drilling locations and 12 horizontal rigs. 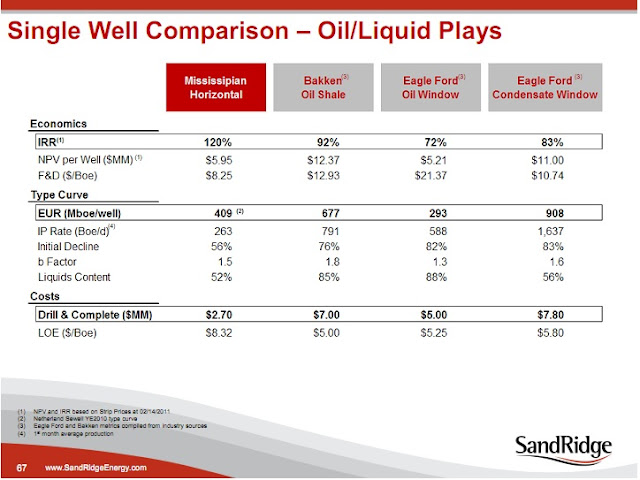 SandRidge has made a good deal with Atinum. Chesapeake to follow.
SandRidge had accumulated the Mississippian acreage over a period of 3 years at an average cost of ~$200/acre or ~$170 million. However, the current transaction returns a value of $4,425/acre to SandRidge Energy and $/acre is increased by more than 20 times. This value of the acreage should also be attractive for Chesapeake who holds approximately 1.1 million net acres in this play. Chesapeake, in May 2011, had initiated a joint venture process for the same play. The highlights of Chesapeake holdings in the play are as follows-