Shell opts out of Mackenzie Gas Project in Canada 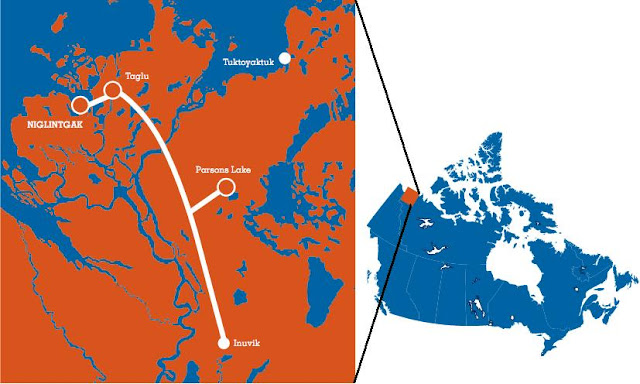 The Niglintgak natural gas reservoir is located at the southern end of the Niglintgak Island in the Mackenzie Delta, about 120 km northwest of Inuvik and about 85 km west of Tuktoyaktuk. Niglintgak is held 100% by Shell Canada. The field holds 1 Tcf of gas, and according to regulatory filings, its development would cost C$800 million. Subject to regulatory approval, drilling activities could begin in the winter of 2011. Drilling is expected to take three winters. Based on this schedule, production of natural gas would begin in 2014. The estimated operational life of the Niglintgak field is estimated to be about 25 years.

Derrick values the upstream portion of the deal to be between $300 - $350 million. The 1 Tcf of recoverable reserves is valued at $1.8 - $2 /BOE. This metric is based on a similar deal in the region involving MGM Energy and KOGAS in Dec 2010, where the contingent resources of the Umiak SDL 131 field was valued @ $2/BOE. The gas from the Umiak field is also to be tied up with the Mackenzie Valley Pipeline.

The Mackenzie pipeline has hit many delays and questions are being raised about its economic viability, given the abundance of shale gas that is being developed in North America, high construction costs and low gas prices. However, the chief executive of Imperial Oil, the lead partner in the project, has affirmed that they are still committed to going forward with the pipeline project. It is planned that the pipeline will carry 1.2 bcf of gas daily. Shell says it wants to focus on other opportunities. 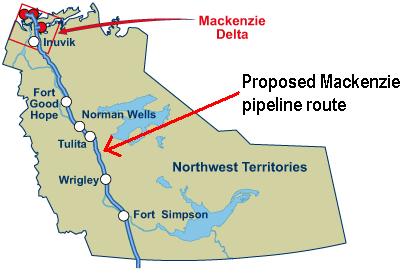 Buyers have until August 31 to make their bids.

Shell Canada also recently announced they are looking for a JV partner to develop its Nikanassin Play in its Chinook Asset in Canada’s Deep Basin.
Posted by Sanjay Samuel at 11:47 AM