CNOOC to acquire OPTI Canada for $2.1 billion. Nexen gets a healthier and wealthier partner.

CNOOC has agreed to acquire OPTI Canada, for a consideration of approximately US$2.1 billion, subject to regulatory and shareholders approvals. Through this acquisition, CNOOC will own a 35% working interest, with Nexen holding the balance 65% in the four oil sands projects- Long Lake, Kinosis, Leismer, and Cottonwood, located in Alberta. 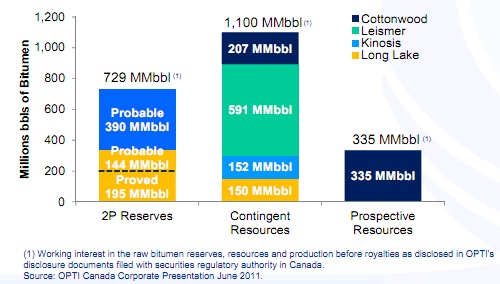 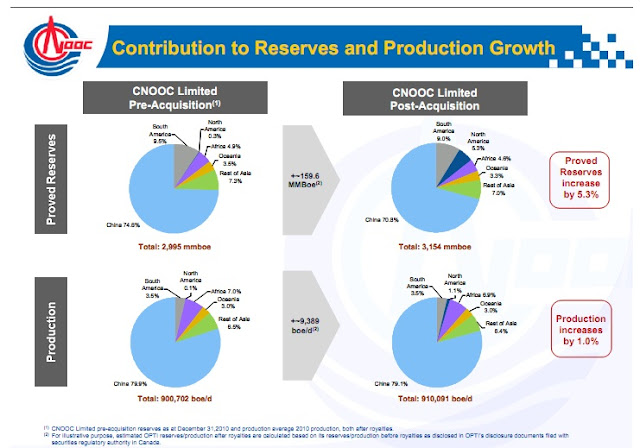 
CNOOC- the healthier partner for Nexen
Last week, Opti Canada had filed for bankruptcy protection in Alberta as the company ran out of cash to fund its oil sands operations. In this regard, CNOOC’s proposal to acquire OPTI rescues not only OPTI but also Nexen as it has got a wealthier partner for its oil sands assets. Nexen has revealed that it will ramp up the drilling at its Long Lake oil sands project to use the processing plant more effectively. 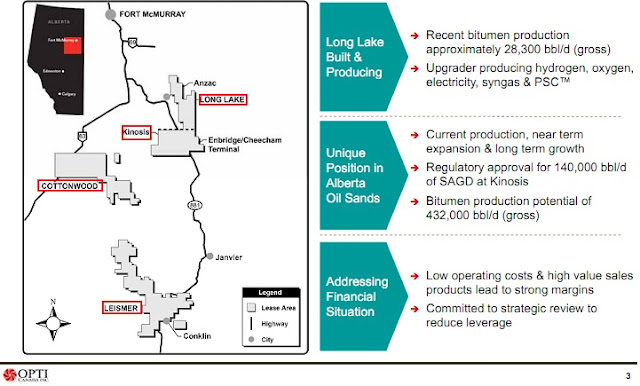 Source: OPTI Canada
Canadian Oil Sands - resources and related deal activity
Alberta’s oil reserves are located in three main areas: Peace River, Cold Lake, and Athabasca. The Athabasca oil sands area, where OPTI and Nexen own substantial resources, is the richest of the three and has the most concentrated oil sands development.


Canada's oil sands are estimated to hold as much as 175 billion barrels of bitumen (Source: Energy Resources Conservation Board (ERCB)). ERCB reports that oil sands bitumen production is currently around 1.5 million barrels per day and expects the oil sands production to reach 2.7 million barrels per day by 2015. The oil sands projects are believed to have a steady production profile of up to 50 years with no decline.
Eighty percent of all bitumen resources in the Athabasca oil sands region are too deep to mine and hence these bitumen resources have to be recovered using in-situ techniques, such as SAGD. It is estimated that Canadian oil sands resources represent 13% of the world’s total crude oil reserves, ranking second only after Saudi Arabia (Source: Energy Information Administration). 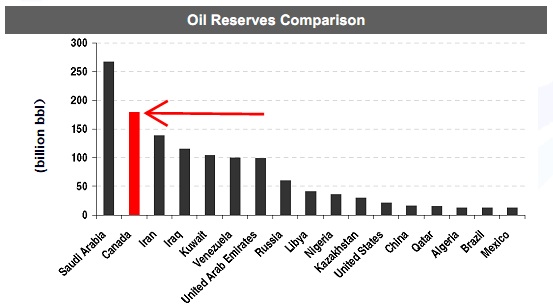 The deal activity with respect to oil sands was completely down since the beginning of 2011. The last major acquisition by the Chinese companies in the oil sands was in April 2010, when Sinopec acquired Syncrude project from ConocoPhillips for $4.65 billion.
The following table shows the oil sands deals since 2005.

Source: CNOOC
The Chinese companies were active in acquiring oil and gas assets past one year. The significant (greater than $1 billion) acquisitions include:

Petrochina failed to acquire Encana's Montney assets in a $5.4 billion bid made in February 2011. Notably, there were no acquisitions made by the Chinese companies since then.
Prior to this $2.1 billion oil sands deal, CNOOC clinched a back to back Niobrara JV with Chesapeake. The acquisition trend of CNOOC in North America discloses an interesting fact that, CNOOC is interested in acquiring oil assets unlike other Chinese or Asian companies who were/are interested in unconventional gas assets.
Posted by 1Derrick at 6:41 PM