Tullow to increase its interest in Jubilee field 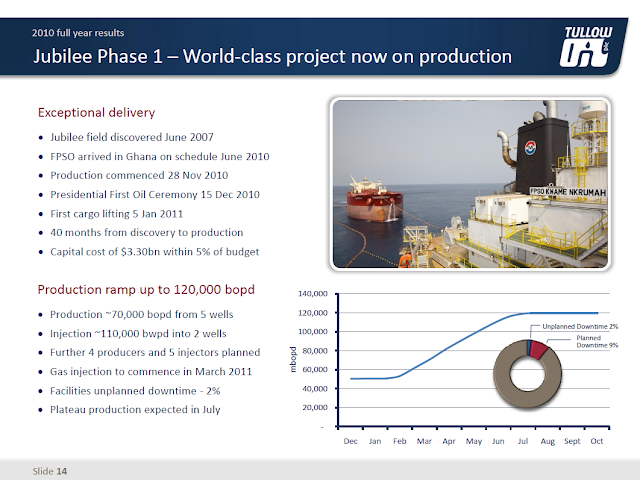 Tullow Oil plans to raise its stake in Ghana's Jubilee field by purchasing a 1.75% share held by Ghanaian firm EO. Tullow is in preliminary discussions with EO Group to acquire its interest in the Jubilee field.  There are reports that it had bid $300 million for the EO stake. 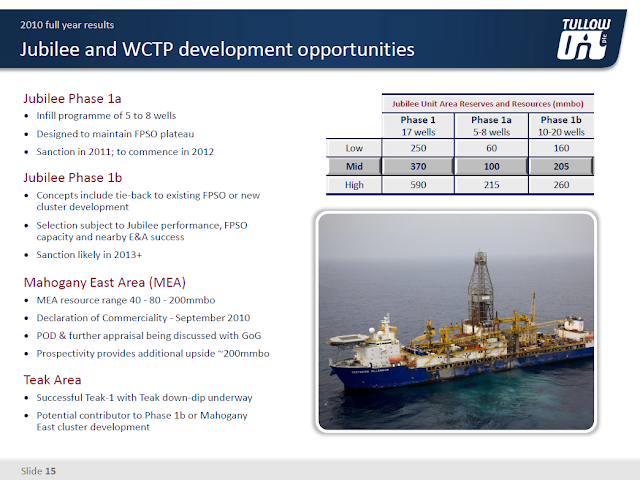 Jubilee field came on line in December. The Jubilee Field was discovered by Tullow in 2007 and is estimated to contain between 1.2 billion and 1.8 billion barrels of oil. It will initially deliver 55,000 barrels a day, with production increasing to 120,000 barrels per day, within six months.

Tullow has a 34.7% share in the project and output from Jubilee should almost double the company's daily production in the next twelve months. Tullow's partners on the field include Anadarko Petroleum, Kosmos Energy, Ghana National Petroleum Corporation, Sabre Oil and Gas and EO Group.

The company is also looking at the recently discovered Owo and Tweneboa fields, with a 'major' appraisal programme due to begin. Development is expected to begin in 2012.

A major exploration campaign across five countries in both Africa and South America is already under way.