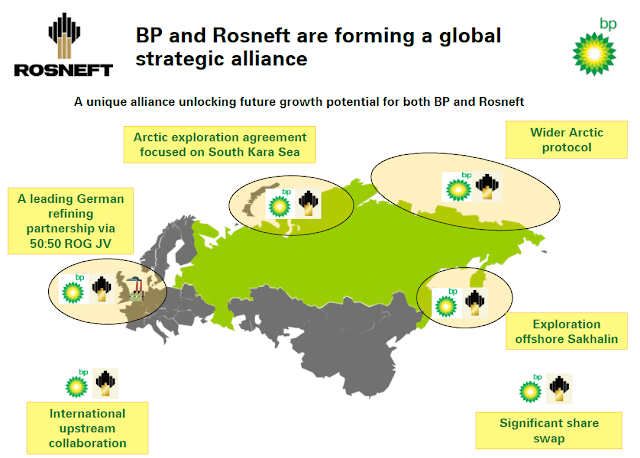 Share swap between BP and state-controlled Rosneft under which they agreed to jointly explore for offshore oil and gas in the areas of the Arctic is in problem after TNK BP won an injunction in a London court that froze the deal and is now seeking to be part of it.
Rosneft and the Russian government have made clear such move was not welcome. On 2 March the TNK-BP management had proposed buying a $7.6 billion stake in BP and joining the offshore partnership with Rosneft. The deal with Rosneft gives BP more clout in Russia and effectively sidelines TNK BP.

After 2 months of BP Rosneft deal, Rosneft is considering partnering with Chinese and Indian energy companies to work on Arctic projects. 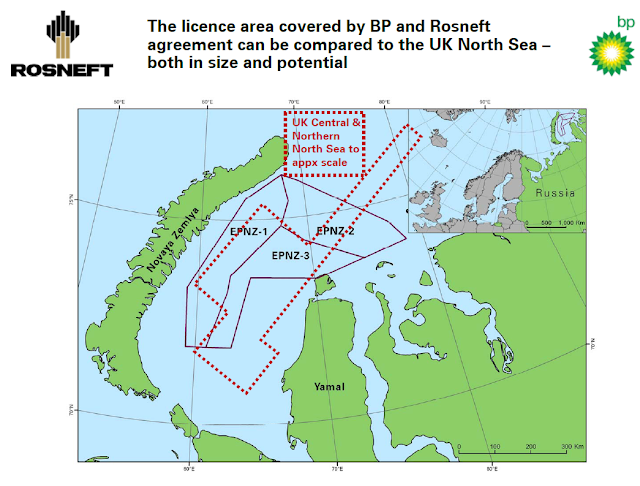 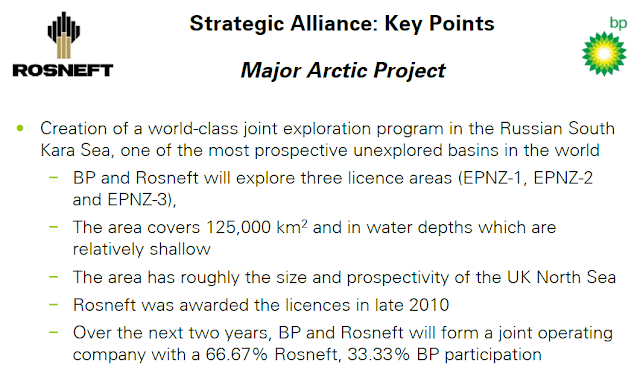 Posted by Rupesh Govindan at 5:48 PM