Husky’s chief executive, Amit Ghosh, said in its 2nd quarter conference call, that the company is seeking a joint-venture partner to accelerate development of an emerging liquids-rich natural gas play in western Alberta.

Husky has created a preliminary development plan which could potentially see up to 2,600 Cardium and deeper Manville formation wells drilled in its Ansell assets, most of which would be horizontal. In the first two quarters of 2011, Husky drilled 21 Cardium Formation wells at Ansell. A further 12 Cardium and nine deeper multi-zone wells are planned to be drilled in the second half of 2011. The company is currently constructing additional offload capacity on its own, which will increase total production capacity at Ansell to 56 MMcf/d and over 2,000 Bbls/d liquids. 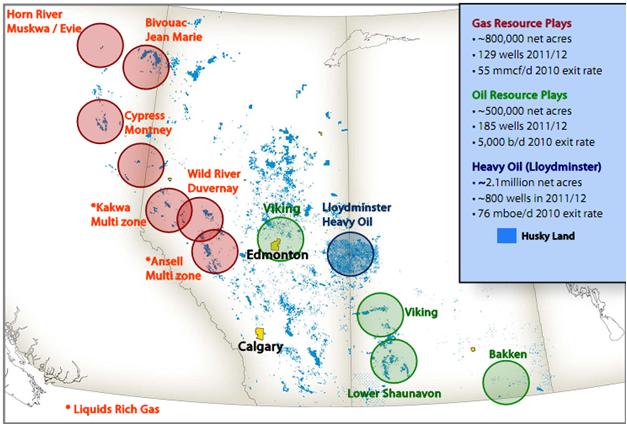 As prices for natural gas continue to remain low, North American natural gas producers have shifted focus towards fields rich in natural gas liquids, which trade at prices close to crude oil, and the Ansell property is one such liquids rich gas field, which could benefit from further development. 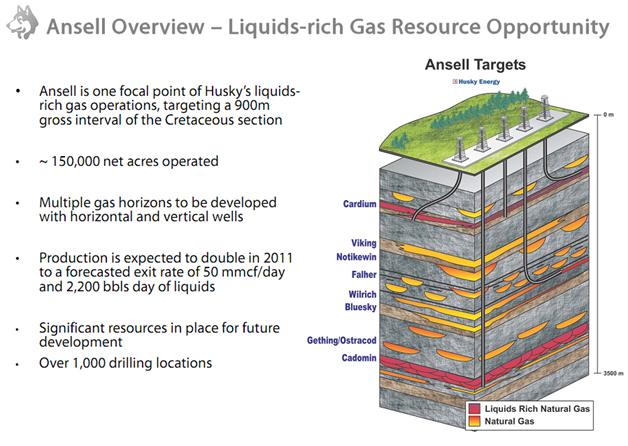 Analyst Comment
Assuming a 50% JV for the undeveloped acreage of 150,000 acres, we value the 50% JV to be between $60 - $80 million. This valuation is based on similar recent deals in the vicinity involving the Cardium Formation acreage where the acreage metric was between $1,200/acre - $1,800/acre.

Derrick 'Deals in Play'
Derrick has aggregated all publicly announced properties for sale. Derrick’ Deals in Play is the most comprehensive data set of its kind in the industry. This special feature includes every deal ranging from the large packages being brokered through investment banks to the much smaller, non-brokered prospects. For more information click here.
Posted by Sanjay Samuel at 6:59 PM