Carrizo Oil & Gas agreed to sell substantially all of its Barnett Shale Tier 1 properties to KKR Natural Resources, the partnership formed between an affiliate of Kohlberg Kravis Roberts & Co LP (KKR) and Premier Natural Resources, for $104 million. The properties that Carrizo are selling are largely in Parker County and represent only a small fraction of the company's Barnett Shale production, which equals about 100 million cubic feet of natural gas per day, said Richard Hunter, Carrizo's director of investor relations. The properties do not include Carrizo's highly productive, 22-well padsite at the University of Texas at Arlington, Hunter said.
Try this free document search tool 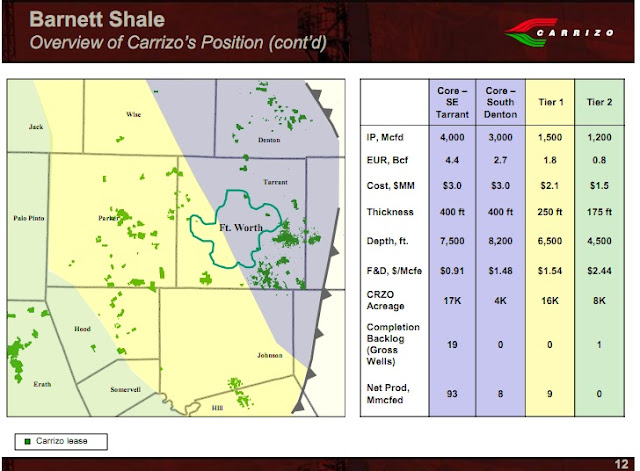 Carrizo President and CEO S. P. "Chip" Johnson, IV commented on the sale, "Our plan to focus our Barnett Shale development drilling on our Core properties in Tarrant County and our success in the initial development of our liquids-rich Eagle Ford Shale and Niobrara resource plays made our Tier 1 Barnett property a candidate for divestiture.
"With their significant proved developed producing reserve component in a reservoir we know well through our current operations in the region, the assets are a great fit for our KKR Natural Resources platform. We are pleased to add these assets to our oil and gas portfolio and remain excited about the opportunity to grow the KNR platform through the acquisition of additional oil and gas properties in North America," said Jonathan Smidt, a Member at KKR and a senior member of KKR's Energy and Infrastructure business.
KKR has been active acquiring conventional and unconventional assets in 2010. The following snapshot shows the deals that KKR clinched in 2010. 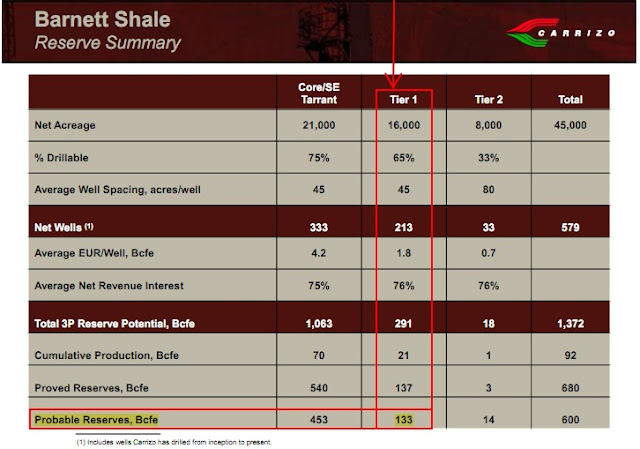 Source: Carrizo - April IPAA 2011 OGIS Presentation
The probable reserves associated with this acquisition are approximately 100 Bcfe. The resource potential for the acquisition based on 58.5 net locations and 1.8 Bcf/well is estimated to be approximately $105 Bcf.
The probable reserves can be valued at $17 million based on $1/boe. The rest of the deal value could be assigned for proved reserves which gives the production metrics to be ~$62,000/flowing barrel (~$10,000/flowing mcfe) whereas peers value the reserves or production at $75,000/flowing barrel (~$12,500/flowing mcfe).
Posted by Anitha Bharathi at 3:45 PM