Total spends $4 billion for a stake in Russia’s Novatek and enters Yamal LNG. Russian reserves are powering up the economy!!

Total and Novatek signed two Memorandums of Cooperation under which: 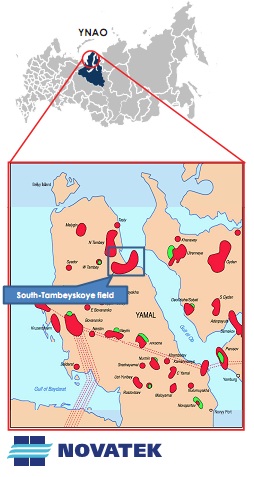 Novatek’s chief financial officer Mark Gyetvay said, the company has just completed pre-FEED study on the project and is studying the results to launch the final FEED. Novatek's CEO Leonid Mikhelson earlier said the final front-end engineering design was to be completed in late 2012 or early 2013.
Novatek overview:
Novatek is the largest independent gas producer in Russia and supplies approximately 10% of the domestic market. Its 2010 production reached 37.8 billion cubic meters of gas per year (750,000 BOE/d including condensates). Novatek’s portfolio of resources is made of several giant fields that underlie Novatek’s strong potential for growth. Since 2009, Total and Novatek are jointly developing the Termokarstovoye field. 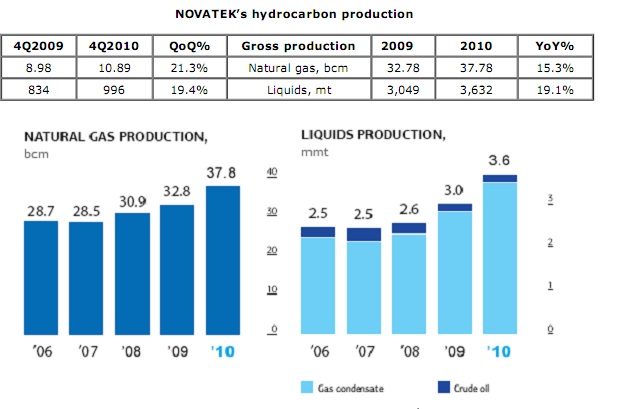 The 12% stake will be acquired by Total from Novatek’s two main shareholders based on stock market quotations. The transaction is expected to be closed by April 2011 and amounts to approximately 4 billion dollars. Through this acquisition, Total will have access to an equity production of 120,000 BOE/d and to proved and probable reserves of about 1 BBOE.
Russian reserves are powering up the economy!!
Russia is appealing for investors today and this is particularly obvious on the back of events that are going on in the world," Total Chief Executive Officer Christophe de Margerie said, referring to turmoil in Libya that has pushed oil prices to $116 per barrel. He adds saying, “Russia needs our investment and we need its resources.”


Super-majors like ExxonMobil and BP’s invasion into Russia supports Christophe de Margerie’s statement on the investors’ interest in Russia. Here is the list of recent deals in Russia: