Strike Energy is securing a substantial position in the Eagle Ford shale play. In the last two to three years the Eagle Ford shale play in Texas has emerged as one of the most attractive gas and oil shale plays in North America. Strike has taken a 27.5% position in the Eagle Ford shale play through a joint venture with four Texas-based oil and gas exploration and production companies. This Eagle Ford shale play is located northwest of Strike’s existing production and exploration activities focussed on the gas and condensate rich Wilcox trend.
Leasing activities by the operating partner in the newly formed joint venture have been progressing for some time. The total acreage under lease currently stands at approximately 8,500 acres, with Strike’s net position about 2,300 acres. The leasing is focussed within the interpreted oil fairway where drilling by other operators has resulted in published projected recoveries in the range of 450,000 to 1,000,000 barrels of oil equivalent per well based on 160 acre spacing. Similar recoveries, if extended onto leases secured by the Eagle Ford Joint Venture to date, provide a target potential of 7 to 14 million barrels oil equivalent from Strike’s current net acre position.
Try this free document search tool 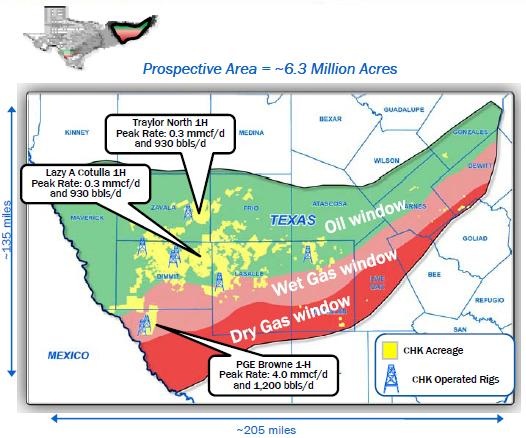 Source: Derrick Petroleum E&P Transactions Database
How much Strike would have shelled out of its pocket for this package??
• The acreage is situated primarily within the oil window of the Eagle Ford.
• Strike’s net acreage position of approximately 2,300 acres, which based upon reported Eagle Ford shale recoveries, has a target potential of 7 to 14 million barrels of oil equivalent.
The 2010 Eagle Ford oil window transactions have set an average acreage metric of ~8,000/acre. Based on this acreage metric of $8,000/acre in oil window, this transaction could be valued at $18 million. In addition, the average resource potential of 10 mmboe associated with this transaction can be valued at $2/boe, which leaves the total value for the resources at $20 million.
Either ways, the value of the acreage been acquired by Strike is around $20 million!!
Posted by Anitha Bharathi at 4:03 PM