Murphy Oil targets hydrocarbon production of 300,000 boepd by 2015; Planned exploration and development activities in Asia, America, Africa and Middle East for the year 2011

Murphy oil projected 2011 production ranging from 200-210 kboepd, which represents a 7% to 13% increase over 2010 volumes. The company approved capex of $2.2 billion for the year 2011; approximately 88% of it slated for the E&P segment, about $1.5 million for the development projects, the remainder or about $500 million to be spent on exploration activities.
Murphy’s 2010 exploration program delivered three new discoveries from eight wells drilled and found mainly oil reserves in amounts well above our produced volumes for the year. The company added new acreage to Eagle Ford Shale position as well as our Montney position. The company also added a new oil play, the Exshaw/Bakken, in Southern Alberta. Murphy signed an agreement with the Kurdistan Regional Government of Iraq to acquire a 50% working interest and operate the central Dohuk well.
Murphy planned exploration activities in Indonesia, Suriname, Congo, Brunei, Kurdistan and GOM for the year 2011. 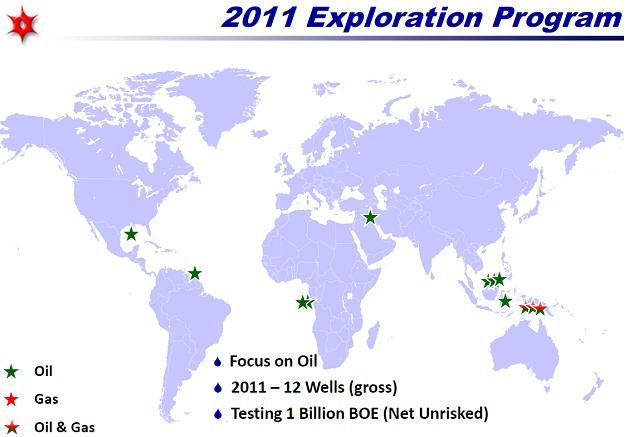 In Canada, the EOR pilot work kicked off at our Seal heavy oil project in Northern Alberta late in the year 2009. On the gas side, development work in Canada at Tupper and Tupper West continued on plan through the 2009. Gas plant capacity at Tupper was expanded to 105 mcf a day and first gas at 180 mcf capacity. Tupper West plant is expected in first quarter of 2011.


The company has development projects in Malaysia with oil development at Patricia, Serandah along with Siakap North in Block K, a floating LNG development and Block H is also under consideration for 2011. Schiehallion redevelopment and the Hibernia South Extension are also on the slate for sanction this year. 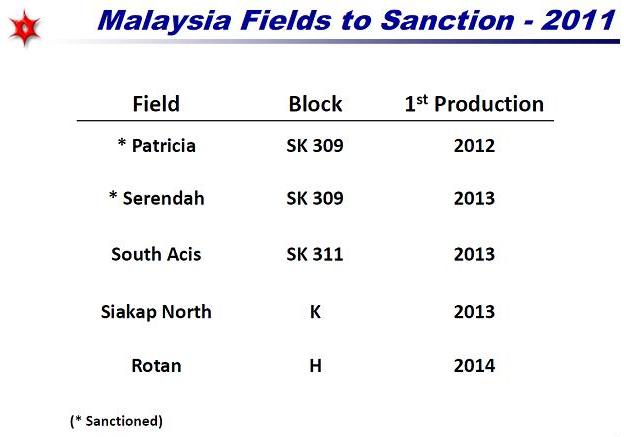