Vanguard Natural Resources submitted a proposal to acquire the remaining 56% stake in Encore Energy Partners LP for $567 million. Under the terms of the current offer, Vanguard would offer 0.72 Vanguard common units for each outstanding publicly-held Encore Energy common unit. Based on Vanguard's closing unit price on March 24, 2011, the offer values each Encore Energy unit at $23.20. If accepted, the bid for Encore would be Vanguard’s largest acquisition. Here is the list of Vanguard's acquisitions... 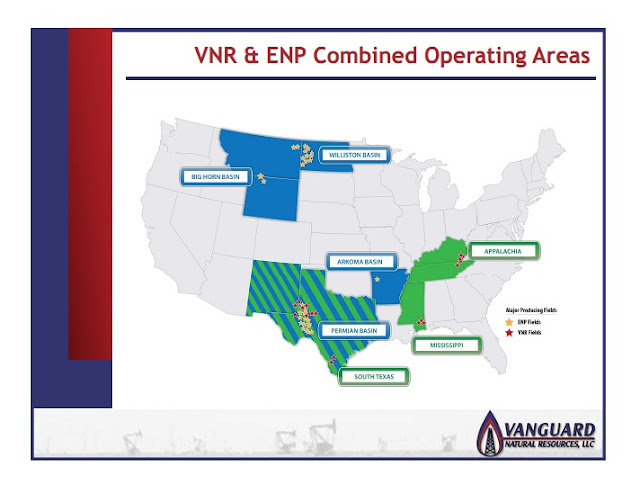 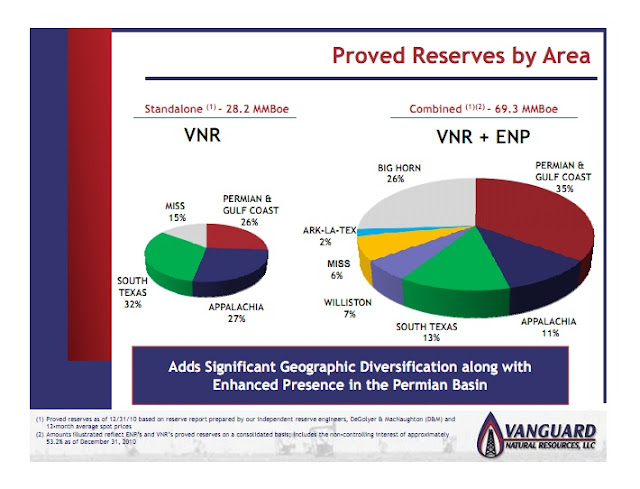 Why is the offer price high compared to November-2010 offer??
Earlier in November 2010, Vanguard acquired the initial 46% stake in Encore from Denbury Resources for $380 million. This current offer by Vanguard values the remaining 54% stake in Encore at $567 million, a 27% increase compared to the November offer. The increase in the offer price could be justified by the following facts:
Try this: Derrick Oil and Gas Search Tool
Posted by Anitha Bharathi at 4:42 PM